Autumn on the heath: Fantastic fungi!

I’ll be the first to admit that I’m not a massive fan of autumn! I prefer the whizzing and buzzing of summer and am always a bit sad when things slow down as we hit October. The evenings start to draw in and everything feels a bit gloomy. Then the clocks change – Aaargh!

How’s that for a depressing start to a blog post with fantastic in the title?! Apologies for the false advertising, but bear with me – I promise it’ll get better!

To get me through the darkness, I have decided to learn more about fungi – those amazing organisms that send fruiting bodies, in a myriad of shapes, sizes and colours, bursting out of the soil and deadwood at this time of year.

I’d love for you to join me on this journey… 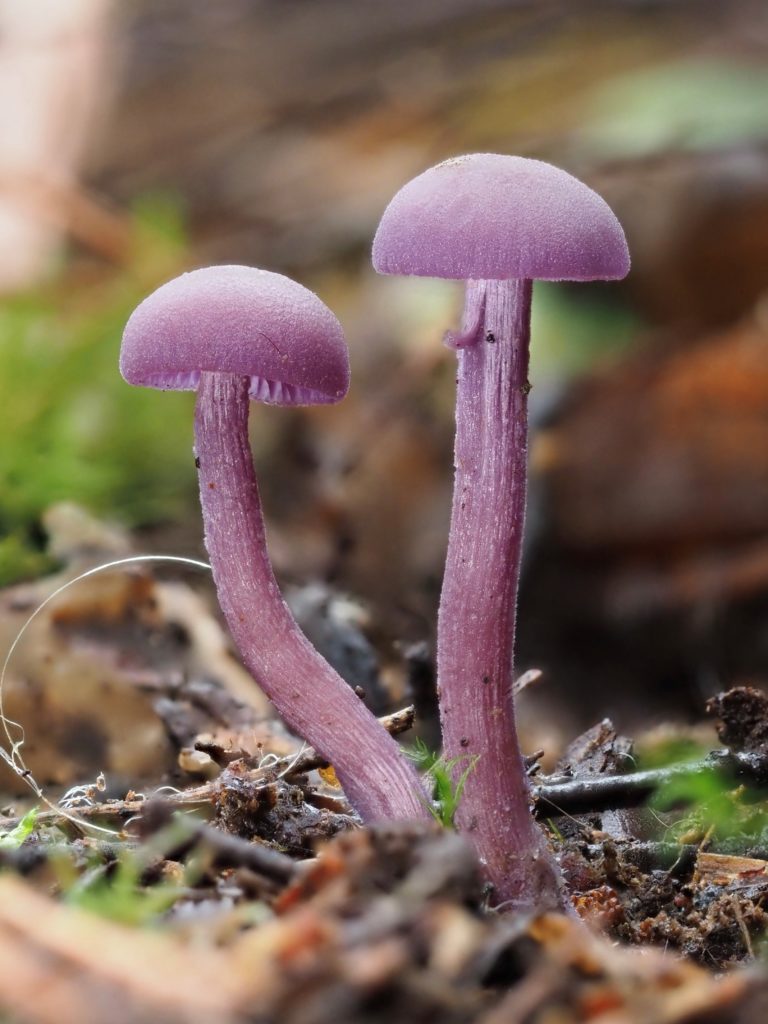 Fungi are amazing organisms. There are more than 15,000 different species in the UK, ranging from very small to very large and coming in a variety of shapes. Fungi are neither plants nor animals and can be found almost anywhere – from your local heathland, to your garden, to that slice of bread in your kitchen that you keep forgetting to eat.

You’ll probably recognise some of the more common fungi, like the red-and-white-spotted fly agaric (that fairies like to sit on – if you believe that sort of thing!), the hard, black King Alfred’s cakes (named after the baked goods that the king of the same name forgot to keep an eye on whilst on the run from the Vikings!) and the yellow brain fungus (that, yes, you’ve guessed it, look a bit like a brain… that’s yellow).

If you like to be challenged by identifying things, then fungi might just be for you. However, be warned, it’s a world of scientific names, often involves trying to pick out incredibly subtle differences between species and damp knees and elbows from all that crawling around to get a better look. Nevertheless, it is well worth the effort – especially if, like me, you are a big fan of butterflies and dragonflies and there’s not a lot of excitement on that front going on in the autumn months. 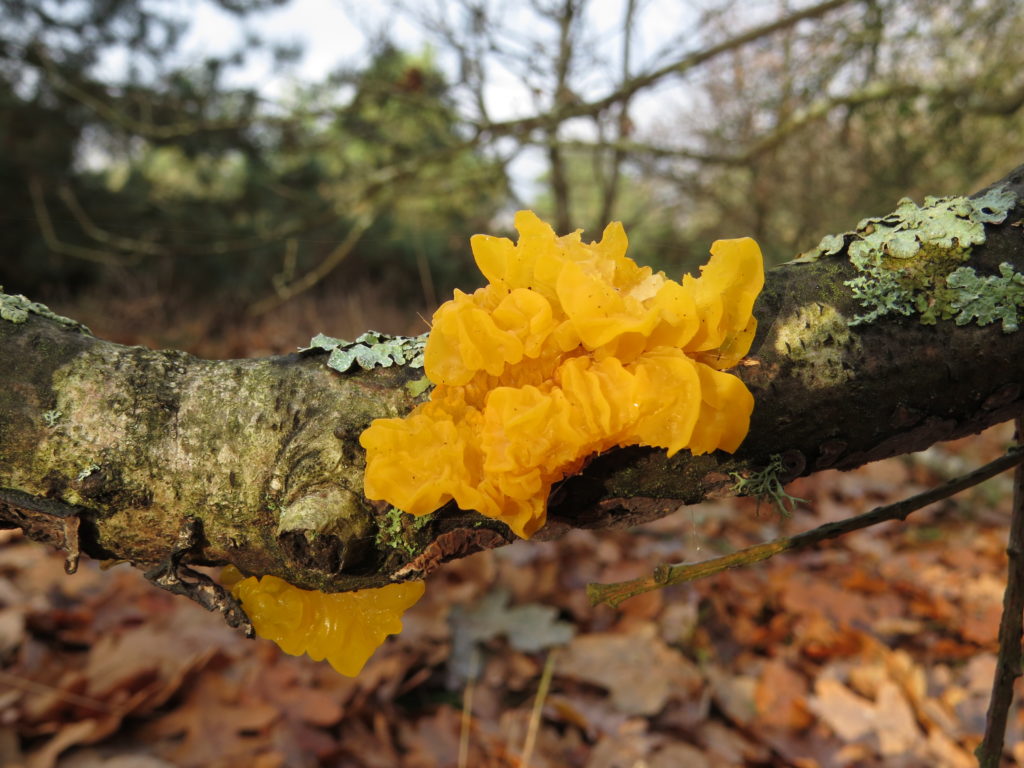 Much more than just a mushroom?

The fruiting bodies we see that erupt from the earth – what are traditionally referred to as mushrooms and toadstools – are only a small part of the story. Underground, a vast network of mycelia (comprised of many thread-like filaments called hyphae) can branch out great distances.

In fact, the largest living thing on the planet is a honey fungus that ranges for more than three miles. It is often referred to as the ‘humongous fungus’!

This far-reaching mycelial network, that spreads through food sources, allows fungi play an important role as decomposers. They recycle dead plant material, returning the nutrients back to the ecosystem. This massively benefits habitats and the species that live within them. Research has shown that this network links trees and plants together, facilitating the exchange of nutrients and water. It even allows trees to communicate with each other! This ‘wood wide web’, as it is sometimes known, is well worth reading more about. 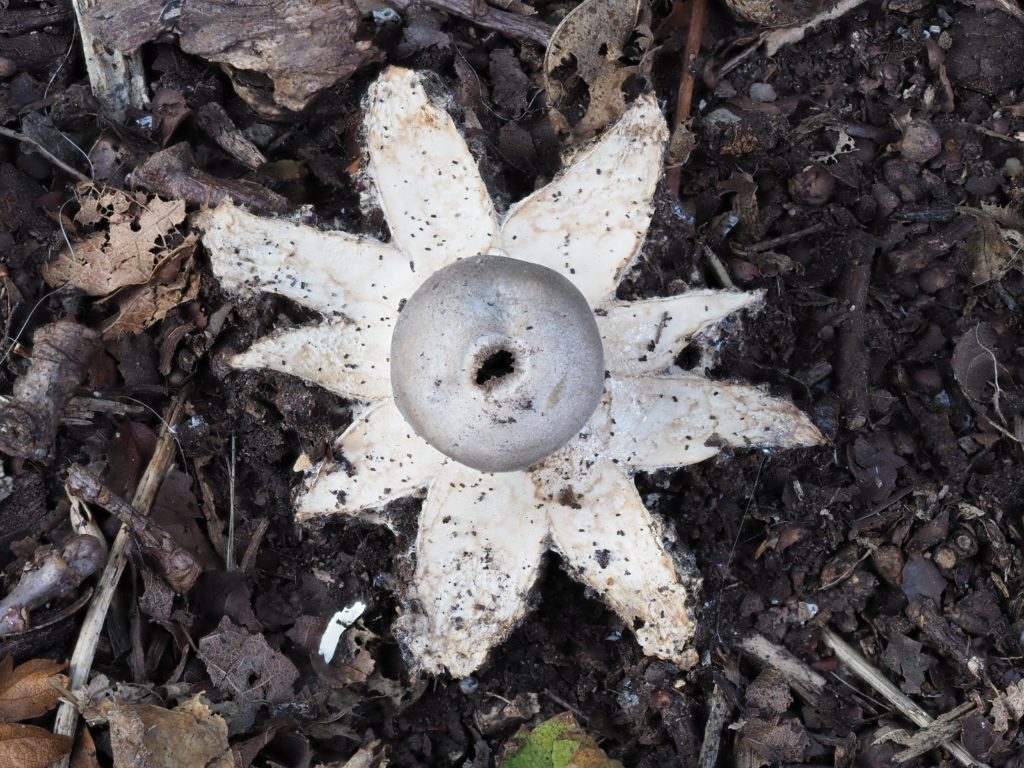 Earthstar – I was possibly a little too excited when I found this one! [Photo: Michael Jones]

Why is it important to leave fungi where you find them?

There are several reasons why you should leave fungi exactly where you find them: 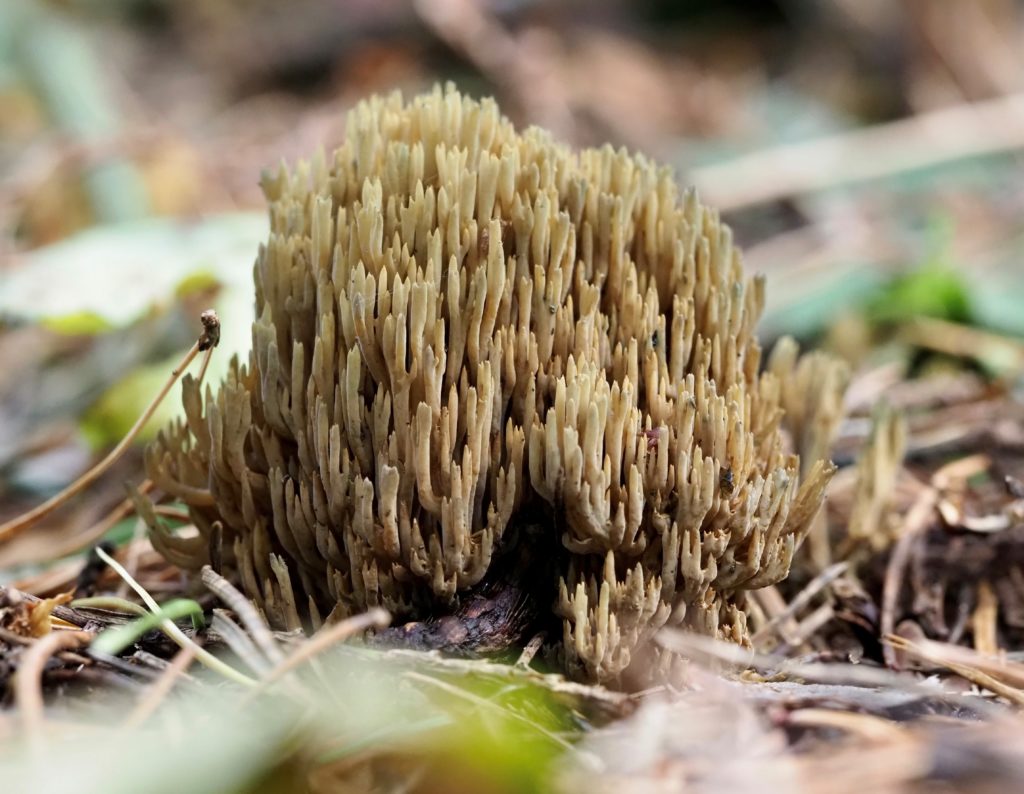 If you encounter any fascinating fungi on your heathland wander, please do share a photo. And if you spot a fly agaric with a fairy sat atop, that’s probably worth saving for the Countryfile calendar competition!

If you are a teacher and would like to find out more about our FREE heathland education sessions, take a look at www.tbhpartnership.org.uk/schools or contact tbhschools@naturalengland.org.uk. We offer a variety of curriculum-linked activities and resources! 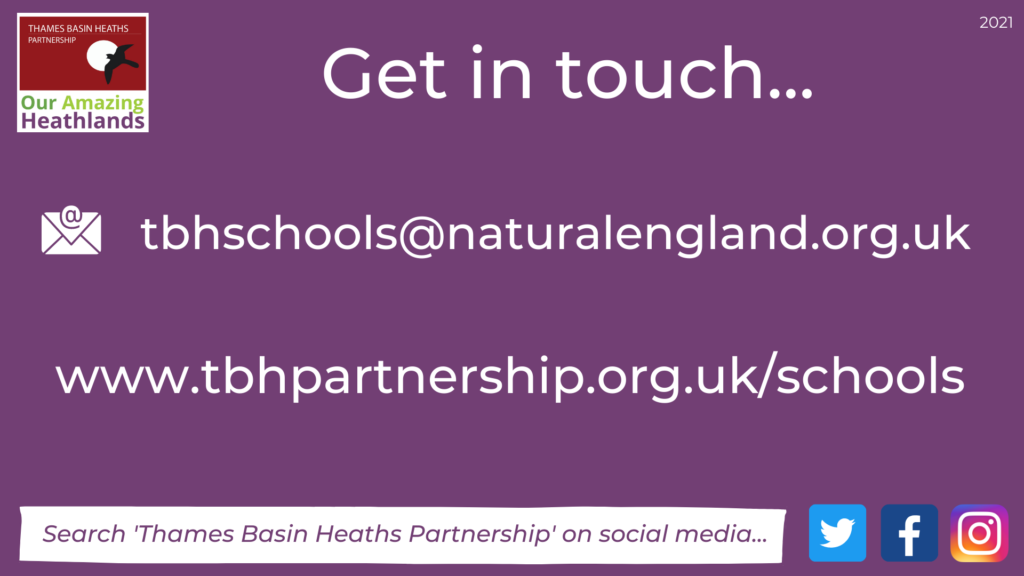