Start with a stonechat

If you’re new to birdwatching and would like to get to know heathland birds, start with a stonechat. Much easier to see than the more elusive Dartford warbler, it often perches on the top of gorse bushes, even in winter, flicking its wings and making a loud call like two small stones being hit together, “chip, chip; chip, chip”. It’s also one of the few birds that stays as a pair throughout the winter, so you might spot the male, and the slightly drabber female in the same vicinity.

Once you’ve got your eye in on stonechats, they might lead you to a Dartford warbler, as they can sometimes be seen together. People say the warblers are picking off the insects disturbed by the larger birds. So if you see a pair of stonechats, look out for a Dartford warbler skulking along behind them! A fleeting glimpse might be all you’ll get at this time of year. 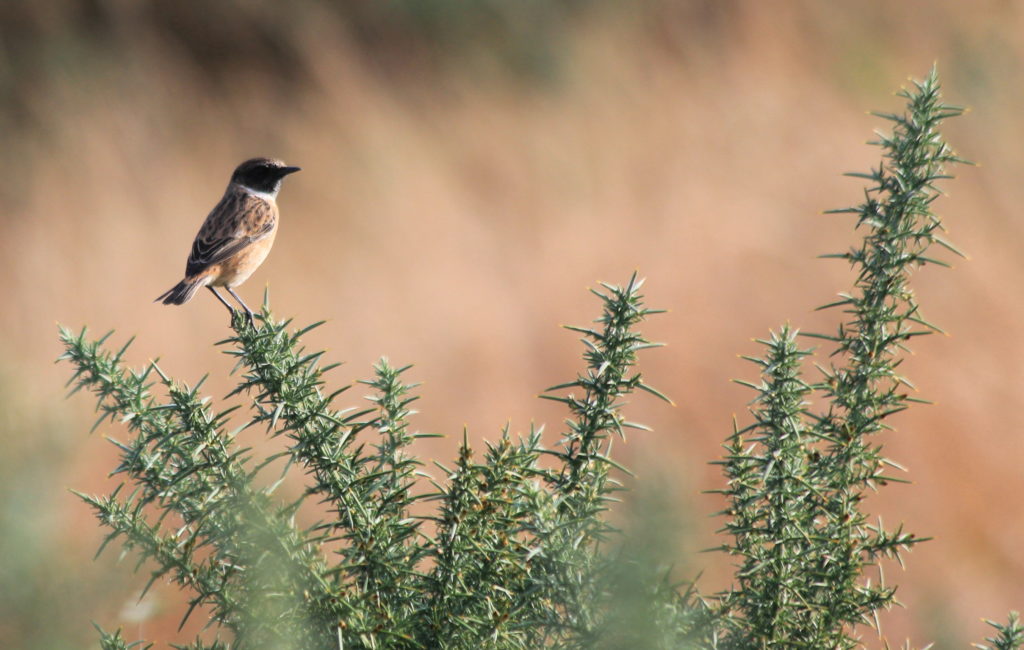