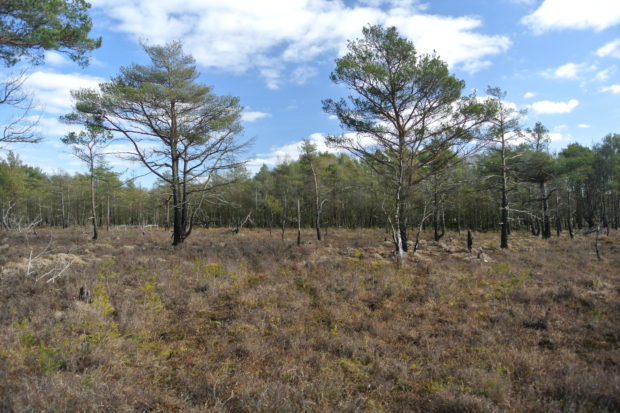 The Thames Basin Heaths Special Protection Area is coming up to its 16th birthday, but the heaths are much, much older than that! They are fragments of an ancient landscape, shaped over 1000s of years. A recent study, published by scientists from the University of Reading and Historic England, has revealed their true antiquity.

By studying samples of peat taken from a boggy area of Chobham Common in Surrey, they were able to look back in time. The peat preserves clues such as pollen grains and tiny pieces of charcoal, the remains of ancient wildfires.

The oldest samples, dating from around 13,000–12,000 years ago, reveal a scrubby, tundra-style landscape. Expansion of birch and pine then marks the onset of the Holocene period, approximately 11,700 years ago. As the climate warmed, hazel, elm and oak appear, with the formation of deciduous woodland. 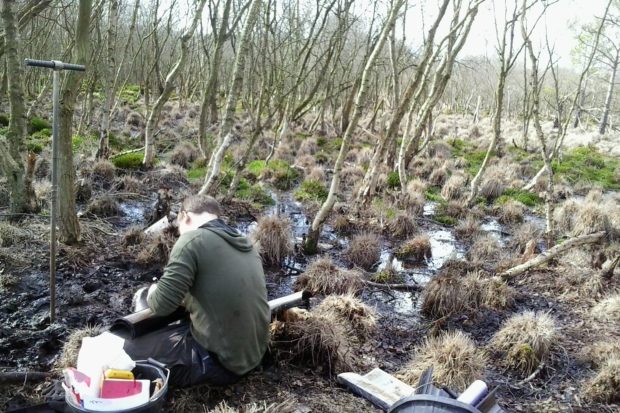 These Holocene layers are particularly interesting, as we start to see heather species coming in and the micro-charcoal layers that are almost certainly evidence of naturally occurring wildfires. All the clues are pointing to heathy-scrubby clearings. Perhaps not heathland as we know it, more a patchwork of fragments within denser woodland, but heathland all the same.

So local heathland has been around for at least 10,000 years. What an incredible thought!