Diary of a Warden – Part 2: Photographer in the making?

Tuesday 19th – in an ongoing effort to improve my identification skills, I replaced my old camera with a very small and neat (sounds like a 1980’s advert for a fudge bar – remember that!?) pocket-sized Panasonic Lumix with a more powerful zoom. I’m going to use this camera to get up close and personal with all manner of lovely creatures. Plus it’s a fantastic excuse to indulge my hobby, and I get to get down on all fours. Ha! It’s also, as I discovered, an effective way of inviting the public to engage with you; that being the primary aim of our role, of course. Most people are naturally inquisitive and if you’ve got your head buried in a bush with your legs in mid-air, as a result of trying to get closer to a butterfly, say, then people will generally want to chat with you.

I tried this ‘ploy’ on MoD land today. Except the only people that passed me today were large groups of totally nonplussed jogging military personnel in training, and small groups of non-English speaking Nepalese (also nonplussed). Frankly it was embarrassing.

And the photos were none too impressive either. Not enough light exposure and not the best angles.   Plus, I missed the opportunity to capture two lizards entwined in combat (or was it mating?) on the track. Damn. But however I think on the whole I’m improving, and with some gentle coaching from my fantastic colleagues, I’m hoping to reach a consistent standard. That way I can then produce in-house nature publications to promote our wonderful project! Did I mention ‘designer’ in the list of things we do? Here’s some photos I took earlier…hopefully you recognise these as Cotton Grass, Large Skipper, and Roe deer. 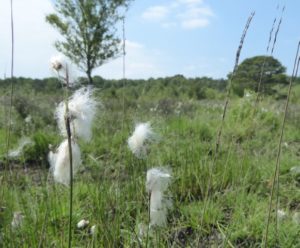 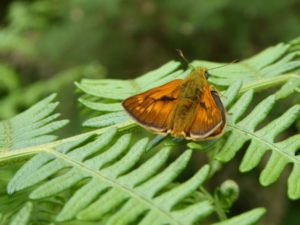 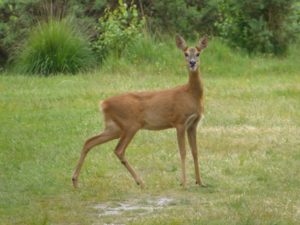