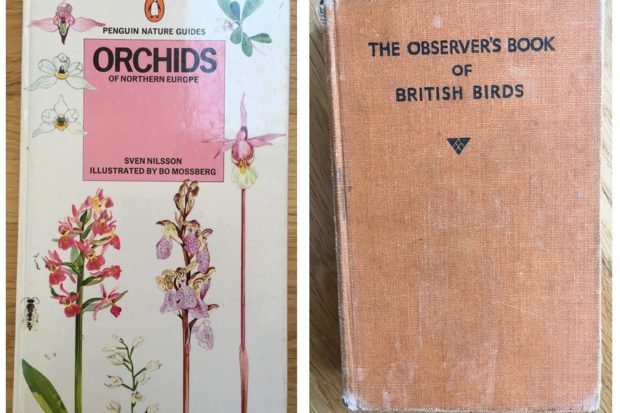 As our wardens look forward to returning to the heathlands of Surrey, Hampshire and Berkshire, we share our eighth instalment of memorable moments with nature… 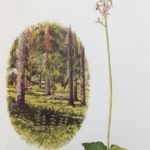 “One of my most memorable moments with nature occurred during an orchid hunting trip in Scotland. We were searching for ages for an orchid called the lesser twayblade in a dark pine woodland. Suddenly a pair of bright green leaves caught my eye. I crouched down and there it was: the tiny and dainty lesser twaybade, my favourite orchid!

While working for the Thames Basin Heaths Partnership, one of my favourite moments with nature happened at Swan Lake Park, one of the greenspaces we help to promote. I was carrying out visitor surveys , and was very excited about the potential for spotting the kingfisher rumoured to frequent the lake. 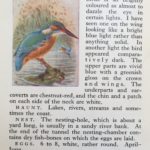 It was getting pretty difficult to simultaneously birdwatch and carry out surveys, and my first visit proved fruitless. On my second visit, I caught a flash of blue out of the corner of my eye, but was still determined to see the kingfisher clearly.

As I walked towards the lake for my third visit, I noticed a glint of blue and orange, right at my survey spot. The kingfisher was waiting patiently for me to arrive, posed for a blurry photo, and flew off!” 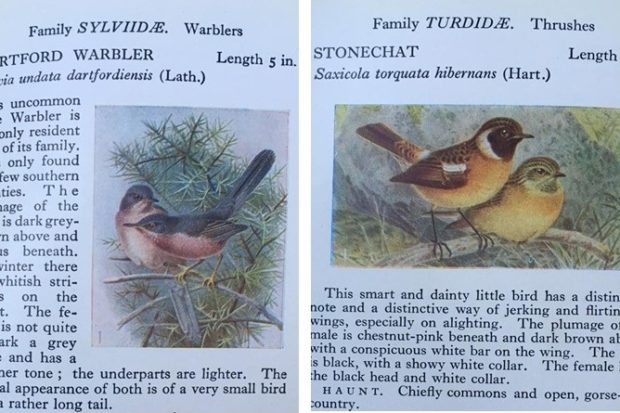 “In 2018, whilst wardening at Horsell Common, I came upon excavators busily constructing a city in the Sandpit. The erection of buildings is not permitted on a Site of Special Scientific Interest so you can imagine my surprise! 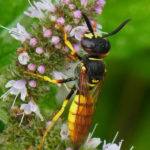 A ‘wasp city’. Constructed by beewolves.

The beewolf – also known as the Bee Killer Wasp – is a honeybee-hunting ‘digger’ wasp. The beewolf paralyses the honeybee with a sting and carries it back to its nest for the larvae to feed on. 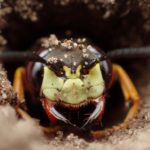 Although the beewolf is a ‘solitary’ wasp – with each female constructing her own individual nest – other females dig their own nests in close proximity. These are known as ‘wasp cities’.

The beewolf is very successful in colonizing suitable sunny locations once they become available and, thanks to extensive removal of large pine trees and scrub the previous winter, sandy slopes had been opened up to sunlight – and, Hey Presto! – beewolves moved in.”

So we end this instalment with a short video made by Mike at the ‘wasp city’ on Horsell Common: