Our wardens are looking forward to returning to the heathlands of Surrey, Hampshire & Berkshire, but in the meantime, here is our ninth instalment of memorable moments with nature…

“Since mid-March I have been exiled in Central London, unable to undertake my customary role as a warden on the Thames Basin Heaths Special Protection Area. It seems like a good opportunity, therefore, to write about some of the exceedingly rare wildlife of London. Yes, that’s right, exceedingly rare – there’s more to the wildlife of London than just a few pigeons and increasingly bold urban foxes! Werewolves, too – often to be heard howling at the moon. And let’s not forget the zombies.

I live in rather a peculiar neighbourhood.

Two or three miles north of my Zombie-land lies the Kenwood Estate, on Hampstead Heath – my main base during 10 years as an English Heritage Ranger.

The semi-natural ancient woodlands of Kenwood were designated in 1975 as a Site of Special Scientific Interest (SSSI). The designation was partly due to its status as long-established high forest woodland and, in part, to the abundance of old and over-mature trees providing plenty of standing and lying dead wood habitat for many invertebrates. The last major survey of the woods, in 1990, recorded an impressive total of 730 invertebrates including five Red Data Book species (nationally rare, vulnerable or endangered).”

Its larvae mine galleries below the bark of decaying oak trees in ancient woodland.

It breeds in decaying elm and beech logs. Adult beetles are best located on hawthorn blossom in spring. 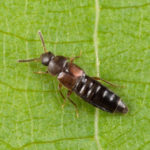 This tiny beetle occurs in the decaying wood of old oaks and beeches and appears to have a symbiotic relationship with a woodland ant that is also to be found at Kenwood – Lasius brunneus. 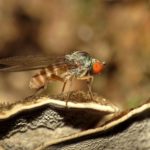 The larva of this fly feeds on the bracket fungus Bjerkandera adusta which grows on dead or diseased deciduous trees. 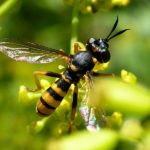 Adult conopid flies feed on nectar but the larvae are parasitic on bees, wasps and ants. The host of this particular species is a social wasp, either Vespula rufa or Vespula sylvestris.

The distribution maps are courtesy of the National Biodiversity Network. Click on an image to enlarge. Each red box represents a 10km sq within which the species has been recorded: 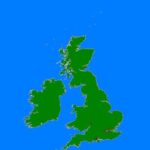 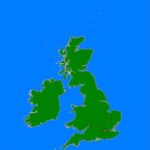 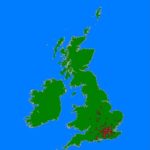 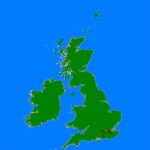 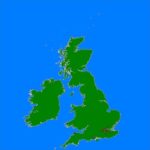 To finish on a topical subject, and to speculate…

“After ‘lockdown’ began in March, the streets around here became vacated by human beings. Traffic disappeared overnight. The silence was palpable. Very soon, the air became noticeably cleaner and clearer. As the days progressed so did my amazement. I’ll summarise…

Throughout the 29 years I have lived in Central London, and regularly walked around the small park next door, bee-fly; blackcap; chiffchaff; swift; red kite, have never put in an appearance.

Re-read the previous paragraph. Do you think that might have something to do with it? I do.”