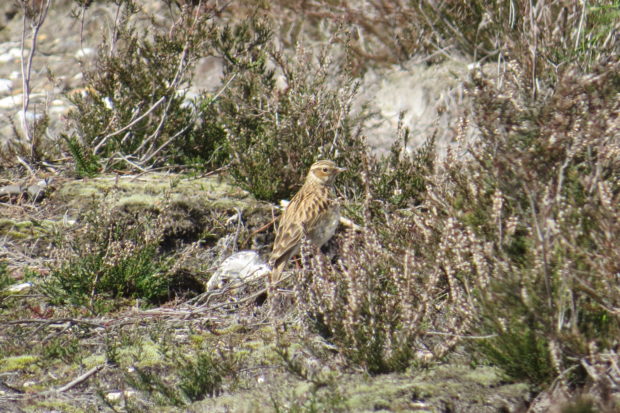 Another nesting season is coming to an end and what a season it has been! We had a bad start with the ‘Beast from the East’ and there were worries this would badly effect some of our ground-nesters, especially the Dartfords. After that initial scare though we’ve had an amazing summer and it appears that our ground-nesting species have had a good year. Although we will have to wait for survey data to confirm this, signs on the ground, pun not intended, look positive. The abundance of insects, due to the warm weather, has had a positive impact on Dartford Warbler numbers, with many being seen across the Special Protection Area and especially at Chobham Common. Some of our wardens managed to spot a group of no less than 15 Woodlark on Barossa, which could have been several separate family groups or possibly even one huge family. Woodlark are able to have 3 broods a year and the families will stay together late into the Autumn, with the male looking after the earlier broods while the female sits on the nest.

Having taken part in a couple of the Nightjar surveys this year, they appear to be doing well with plenty of ‘churring’ males heard and seen across many of the sites we look after. I am certain that many will have managed to get chicks fledged, due in part to the mass abundance of insects flying in the evenings. We should treasure these marvellous birds! Highly loyal to their breeding sites and able to live over 10 years, these creatures are an integral part of our landscape and a valuable part of our communities. 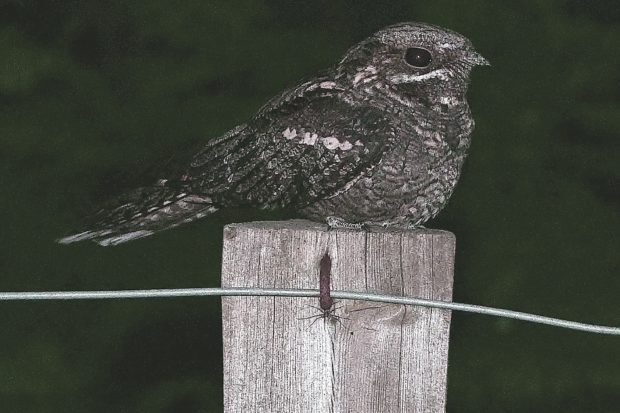 We’ve also seen plenty of large Stonechat parties, making plenty of noise and keeping our wardens entertained across the Thames Basin Heaths. And on one of our walks recently we also managed to spot a couple of Redstart fledglings flitting about in the wooded areas around the heathlands, a beautiful sight to see. 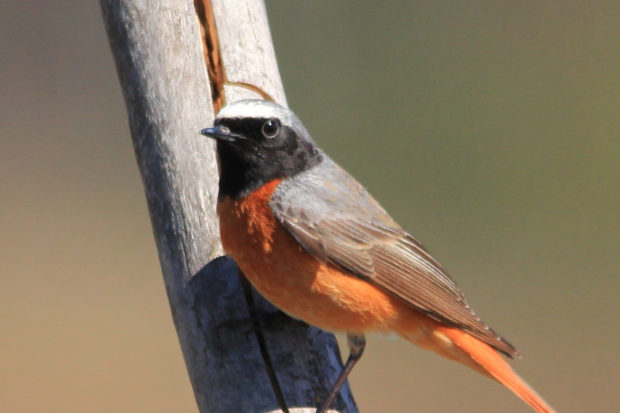 The season may be coming to an end, but with the migration period about to kick into full flow, there is still plenty to be seen across the Special Protection Area and wider countryside. Be on the look-out for the Wheatears I’ve mentioned so many times, they are usually found in open areas and on top of ant mounds standing proud! Around any of the pools you may see a variety of waders as they pass through, Common and Green Sandpipers are the most likely, but Little Ringed Plovers, Greenshank or Redshank are all possibilities. A few days ago I managed to spot a Whinchat on Poor’s Allotment, a fantastic little bird that is superficially similar to a Stonechat, with the most distinguishing feature a prominent white stripe above the eye.

Even after the migration there is still the possibility of beautiful birds turning up. The most abundant of these are the winter thrushes such as Fieldfare and Redwing. They usually turn up in good numbers gorging on any variety of berries they can get their beaks on. A rarer migrant you may spot on the heath is a Great Grey Shrike. Nicknamed the Butcher Bird they have the nasty habit of impaling their prey on the thorns of bushes, keeping a weird ‘larder’ of prey to feast on later. Around 200 visit the UK every year and one is usually spotted in the Barossa/Swinley Forest area annually. Keep an eye out for a medium sized grey and white bird with a distinctive black mask.

The Thames Basin Heaths is an amazing and beautiful landscape that we should all treasure, especially in one of the most populated and built up areas in the country. It plays host to a vast variety of rare and wonderful wildlife, from the tiny and stunning Silver-studded Blue butterfly to the eerie and ethereal Nightjar. The countryside, and therefore our native wildlife, is always under pressure on many different fronts and yet our nature reserves are so important to many of us for all sorts of different reasons. From protecting our native fauna and flora, benefiting our mental health and wellbeing or just providing fresh clean air. Protecting our countryside is of the utmost importance. We are lucky in the UK to have nearly 20% of the World’s heathland, an increasingly rare habitat of international importance and we can all do our bit to make sure it’s protected for future generations. Whether this be taking part in volunteer work parties, undertaking species surveys or even just encouraging responsible use of our heaths. We can all make sure this rare and beautiful habitat is one that is here to stay for generations to come. 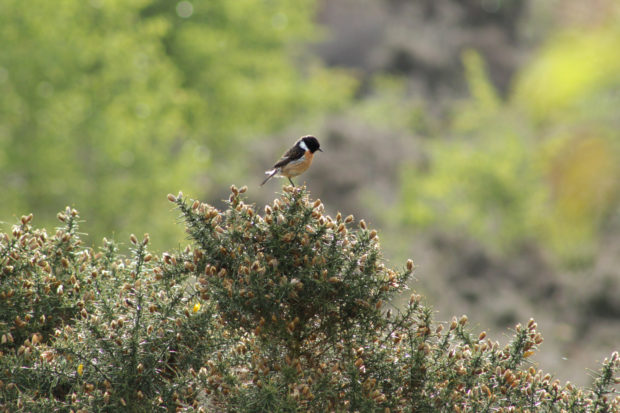