A poem for Heath Week! 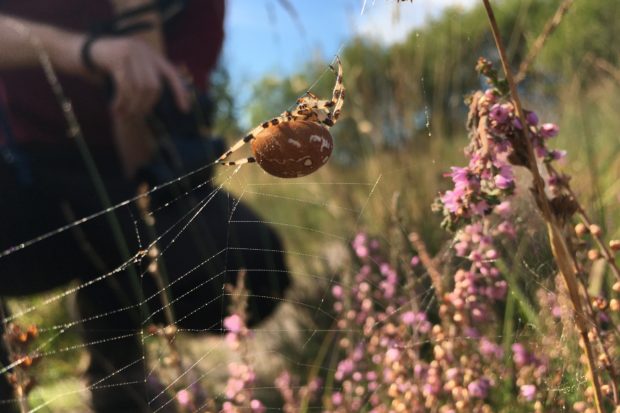 We’ll bring Heath Week 2020 to a close with a poem from Warden Henry, inspired by a rather wonderful, if somewhat wet, wander at West End Common… 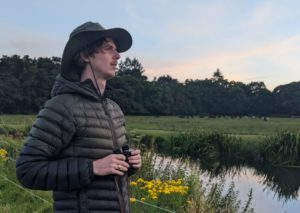 The Bard of West End Common

Now, may I begin by saying this is not the West End you know and love.
All singing and dancing in London town,
to where people from near and far hurry and scurry,
But my West End, in its own deep depths of Surrey.
Known by those, who know it well, but not a great deal more,
A quiet place, that I’ve come to adore.

I walk along the root riddled path,
and to my West End I come at last.

Vivacious heather, somewhat subdued on this misty Monday morning.
As if obliged into docility by the dogged rain.
The low drizzle driving the Adders, and it seems all else in the world, to stay home today.

Although home or away, adders often evade my sight!

None the less I think I’ll stay.

A most majestic of beasts,
swooping and swaying on the wind.
Its tail like some great rudder flicking left then right with every fall and rise,
The only haste shown by this lord of the skies.

I couldn’t believe my eyes!

Only later did I affectionately come to know this master of the wind by its name sake
The Red Kite.
Taken, I suspect, from that very royal rudder. Or maybe, should I say Kite?

On occasion, my Red Kite can be seen with what appears to be a somewhat diminished shadow.
Smaller and stockier in appearance.
Which, like most shadows I suppose,
Does little justice to its owner.

A whomping willow bustling with a golden song. Finches I think! Though I may be wrong.
From Willow to Thistle the song does flow,
taking with it that golden glow.

Through the rolling rushing fare brown sea,
a flash of rusty amber flicks.

Ooh no! A fire! A fire!
No wait. It’s raining you fool,
disaster is doubtful to transpire.
Centring myself. I grasp my cool.

Is that a fox I might just spot!
Silent, still and calm I look.

The bite of the rain does bother her not.
I suspect long ago this vixen, our rain forgot.

Her mind instead is hooked on what dwells below.
The shrill song of the shrew is not for me and you,
But our friend the fox, she hears a choir,
to which the arts of nature conspire.

If the wildlife here at West End is wonderful,
The people are better!

From the forest school teacher,
with an Irish Red Setter.

To the lady keeping control of her pack,
by simply throwing her frisbee straight down the track.

Only one whom alas, I could not meet,
And possibly to whom I write this letter.
You carry a lead, yet not dog at your feet?
As I’m slowly getting wetter and wetter.

He’s running hither and thither,
Through grass, gorse, and heather.

To mighty Kite and Golden Finch no bother,
Their kids stowed safely, up high in a tree.
But for Nightjar, Woodlark and Dartford Warbler,
Their thought must be, 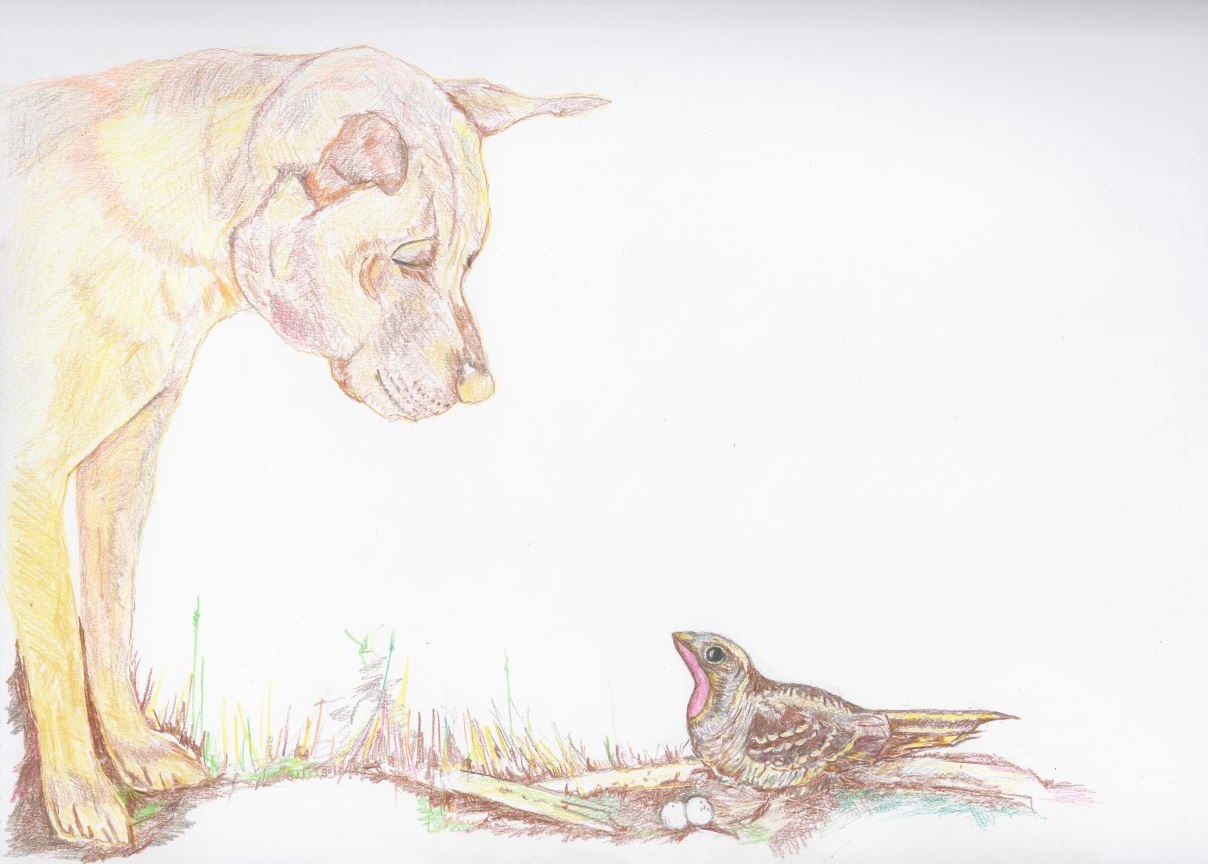