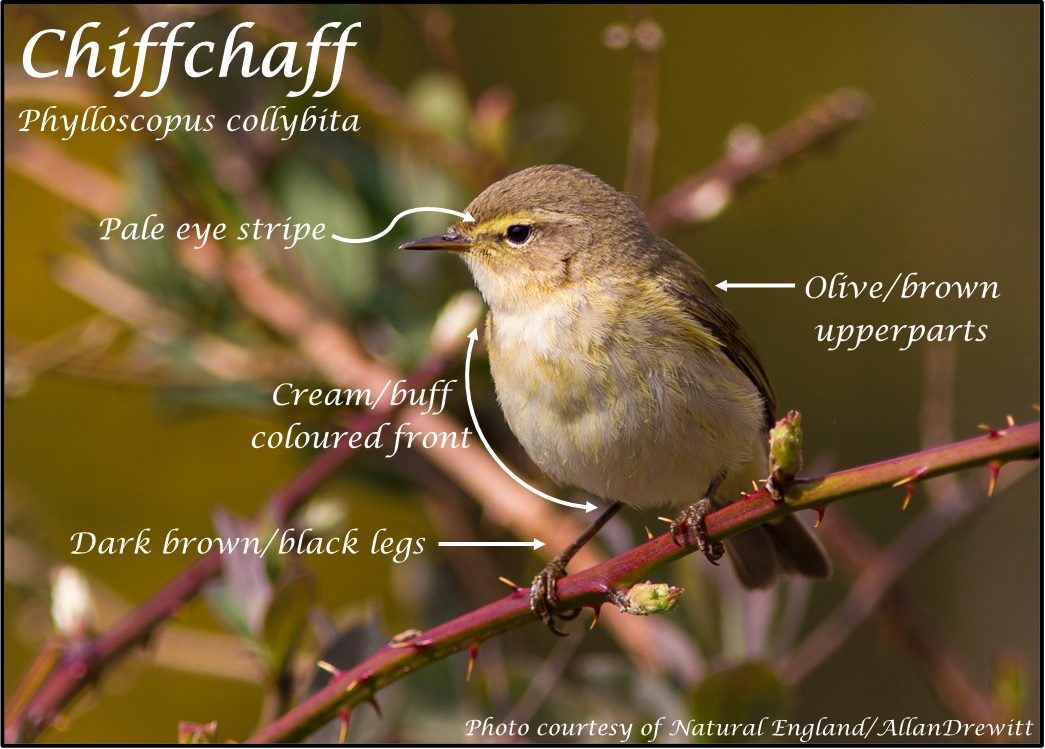 Over the last few weeks, I’ve frequently heard a repetitive chiff-chaff-chiff-chaff. It wasn’t until last week that I realised this was (unsurprisingly) the song of the chiffchaff and not just one of the great tit’s many refrains.

The chiffchaff is a small, subtle bird with no striking features. They’ll often be singing whilst tucked away in tree cover, with their size and colour making them incredibly difficult to spot. Complications arise when the birds aren’t singing, because the chiffchaff looks almost identical to the willow warbler! They’re just arriving now to set up their summer breeding territories, so it’s handy to familiarise yourself with some new songs.

The secret is in the song

The easiest way to identify the two species is through their song. They are surprisingly distinct, despite their similar appearance. However, both sound rather sad and moody, definitely not the joyous, happy songs that I’ve come to expect. The chiffchaff slowly, but steadily, sings its own name (chiff-chaff-chiff-chaff). Whilst the willow warbler’s song flows down the scale, until fading out completely, to me it sounds like a slightly dejected woodlark!