The benefits of grazing on heathlands 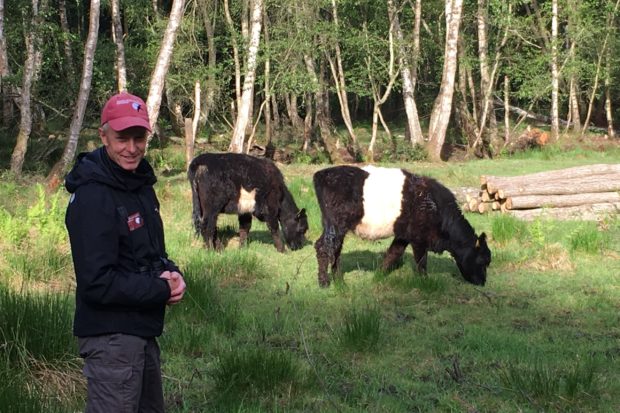 Heathlands have been grazed for many centuries, as part of traditional land-management and this has had an important role in shaping this rare habitat.

When combined with other practices, including scrub clearance, bare ground creation, and felling, the presence of grazing animals helps to support a greater variety of wildlife by maximising habitat variation without impacting negatively on the environment. 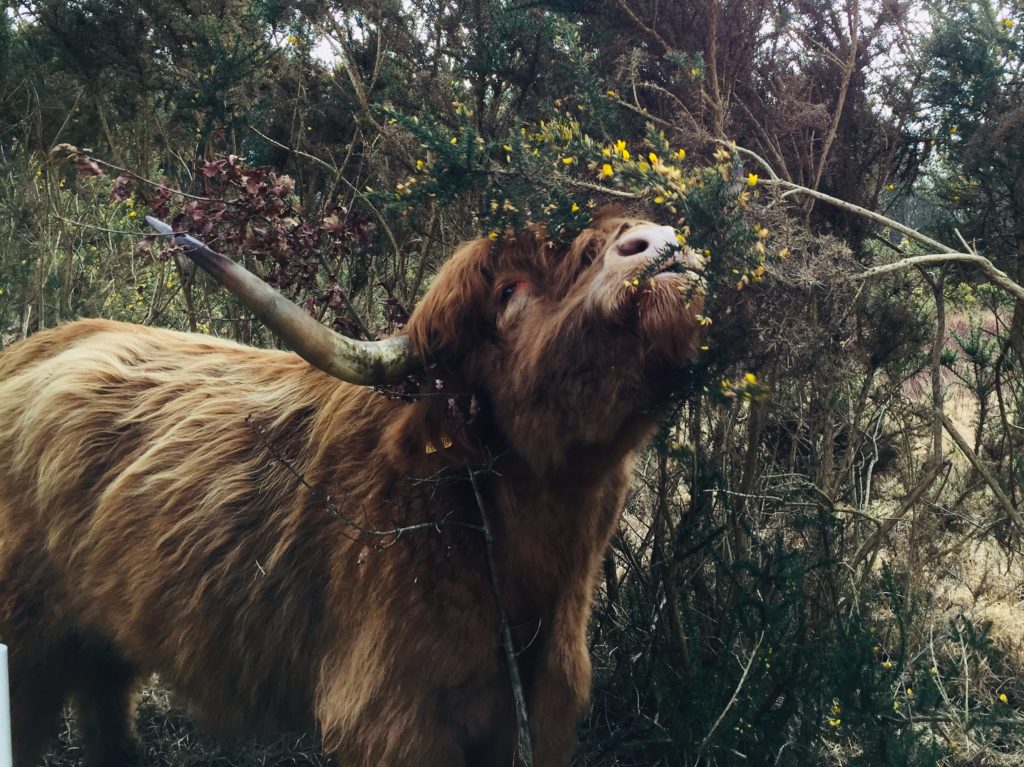 So, how does grazing positively contribute to the management of a heathland landscape?

It’s sensitive and kind to the habitat:

Grazing does not create the same levels of ground damage (compaction and poaching) as mechanized techniques. Animals can reach and open up areas inaccessible to tractors and other agricultural machinery. The use of grazing animals avoids the use of harmful herbicides and insecticides to control invasive and highly-competitive species.

Livestock remove nutrients from vegetation, reducing amounts of dominant plant species, allowing less competitive ones to establish. Compared to ungrazed areas, levels of phosphorus, potassium and nitrogen are all reduced by grazing – this helps maintain the low nutrient characteristics of heathlands, limiting the opportunity for invasive species to take-over.

It creates a mosaic of different micro habitats:

Trampling produces bare ground suitable for invertebrates and reptiles and amphibians, and plant regeneration from seed. Along with grazing, livestock increase the structural variation of habitats by physically damaging vegetation when pushing it, rolling in it, and lying on it.  High grazing pressure can limit expansion of scrub, reducing cover in some cases. In the UK, over 250 insect species are found in livestock dung. Many invertebrates are dependent on this, and it redistributes nutrients too.

It keeps invasive species under control:

Grazing goes a long way to suppress encroachment by rank grasses, bracken, woody weeds and scrub. It also maintains an open heathland habitat by slowing the establishment of tree saplings such as silver birch. On Wisley Common, for example, Surrey Wildlife Trust’s herd of Belted Galloway cattle love to browse on birch saplings, preserving the heathland by slowing its return to woodland. 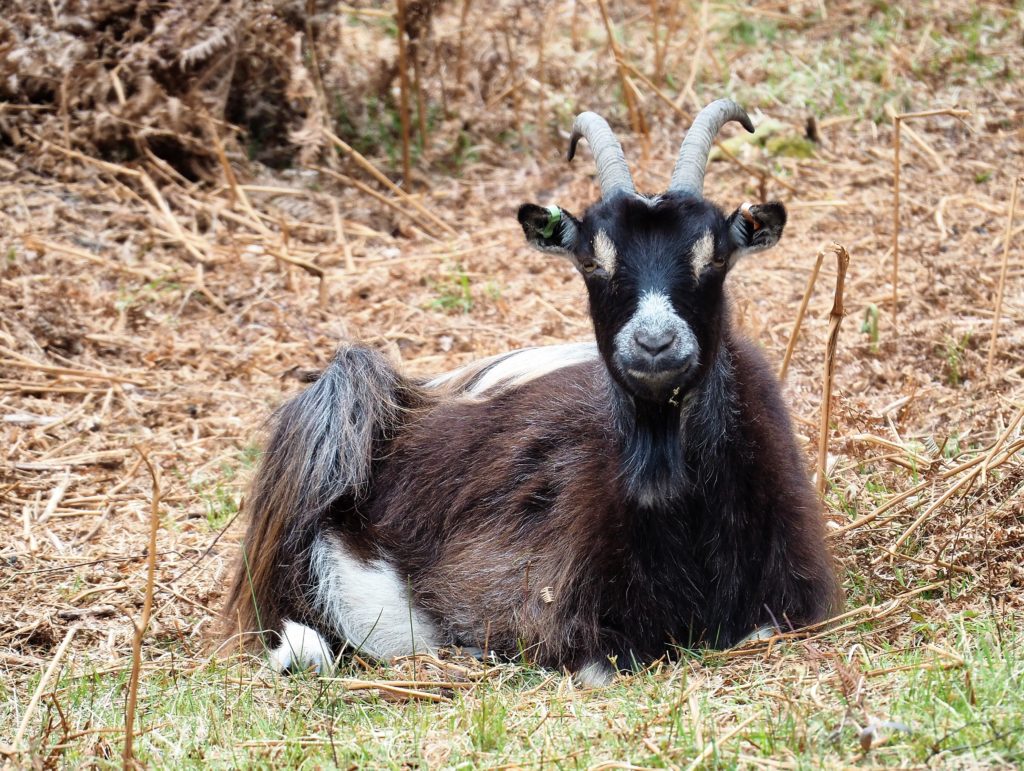 But what animals should be used as part of a grazing regime?

Animal choice is crucial, and depends on the conservation objectives of a particular heathland habitat and their presence and numbers are carefully calculated before introduction. Each have their own advantages and disadvantages, as follows: –

Ponies are great for limiting gorse encroachment, they also create bare ground and control rank grasses, but tend not to browse scrub, bracken or heather too much. 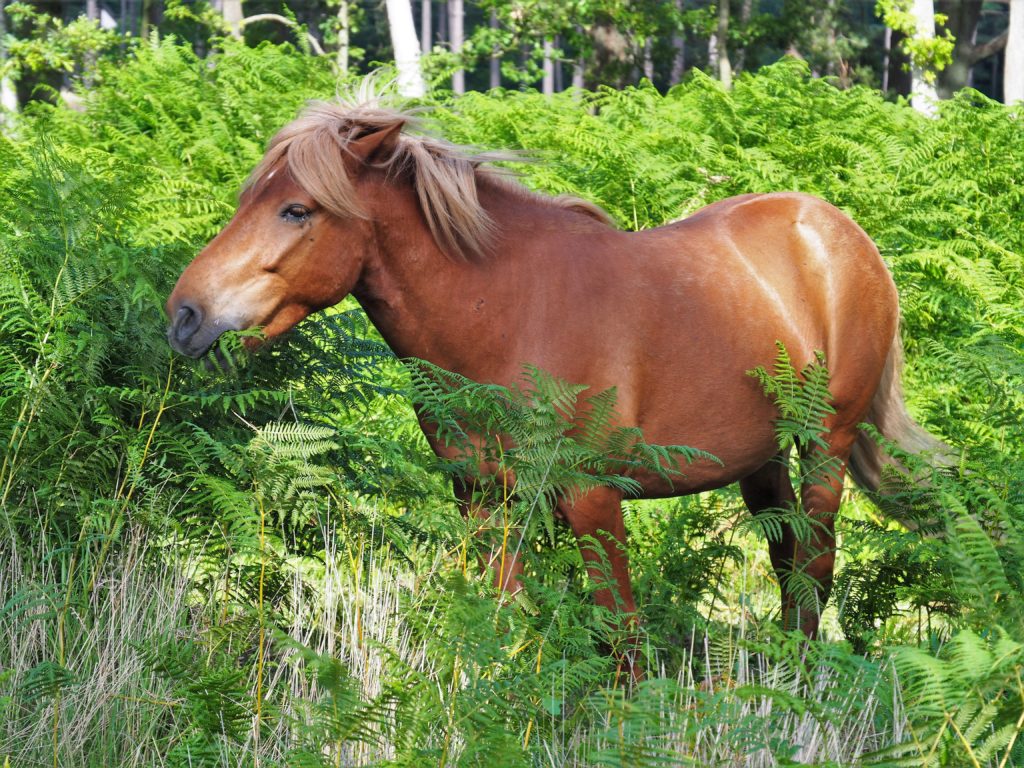 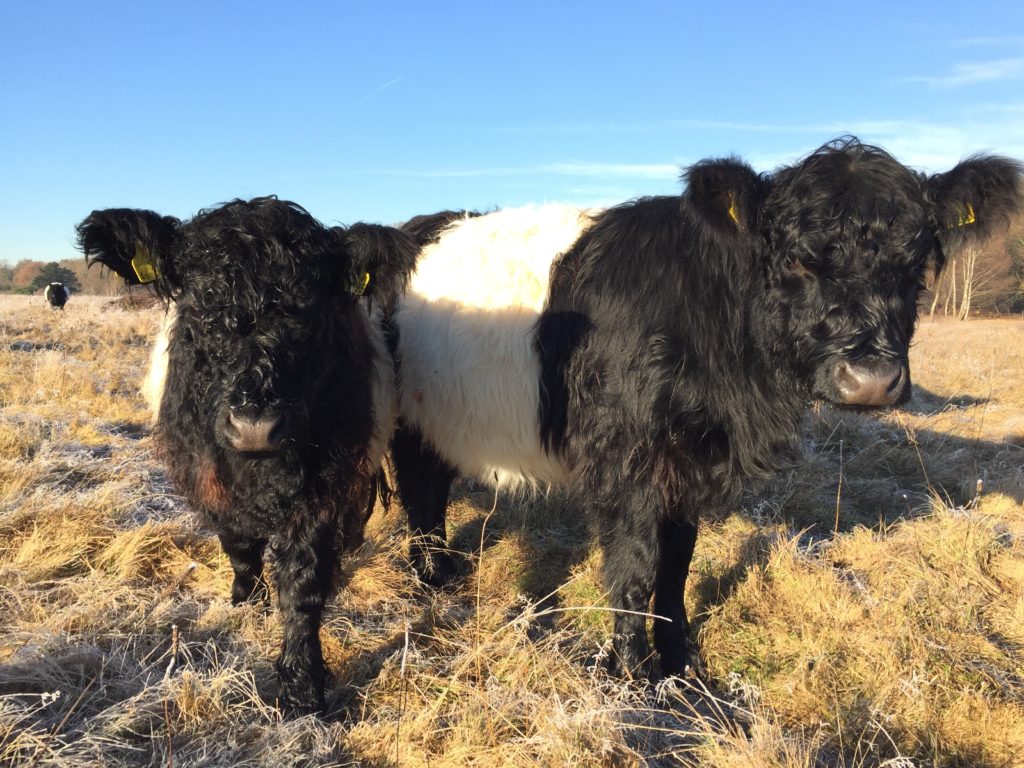 Sheep will browse heather and reduce grass down to a uniform lawn if left out for long enough, but are not effective for bare ground creation or controlling rank grasses.

Deer are great for maximising structural variation within young heather, they are also effective browsers of gorse and birch. 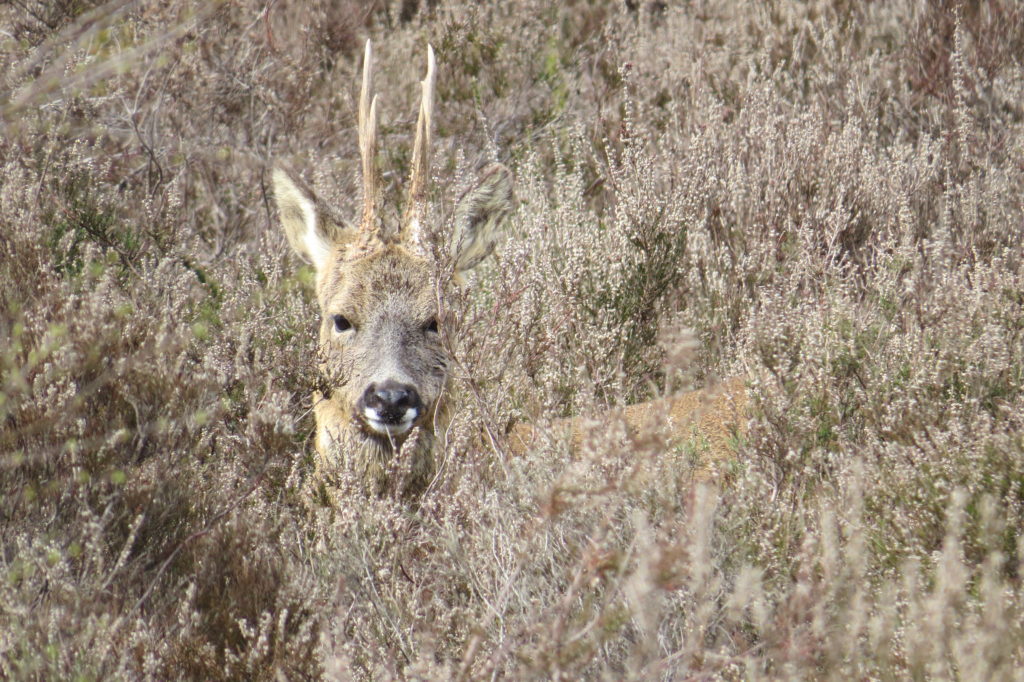 Goats are very effective at managing scrub, as they eat woody shrubs and prickly plants like bramble and gorse. 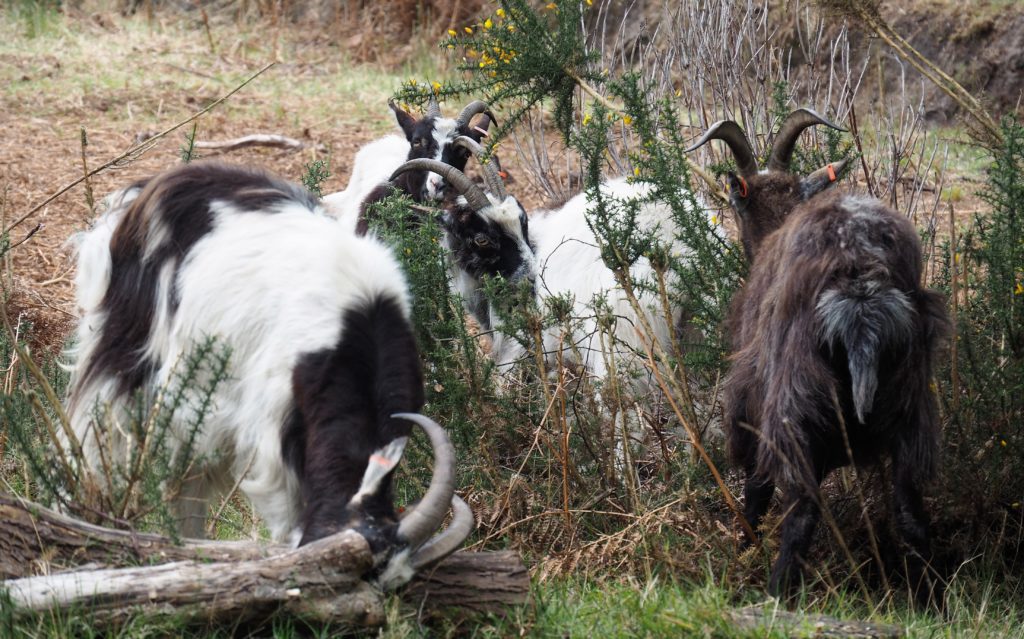 Grazing is a completely natural process that can achieve great benefits for conservation. It is largely responsible for the creation and maintenance of heathlands over many centuries. It is incredibly important in the protection of the many species of flora and fauna that rely on it for their survival. 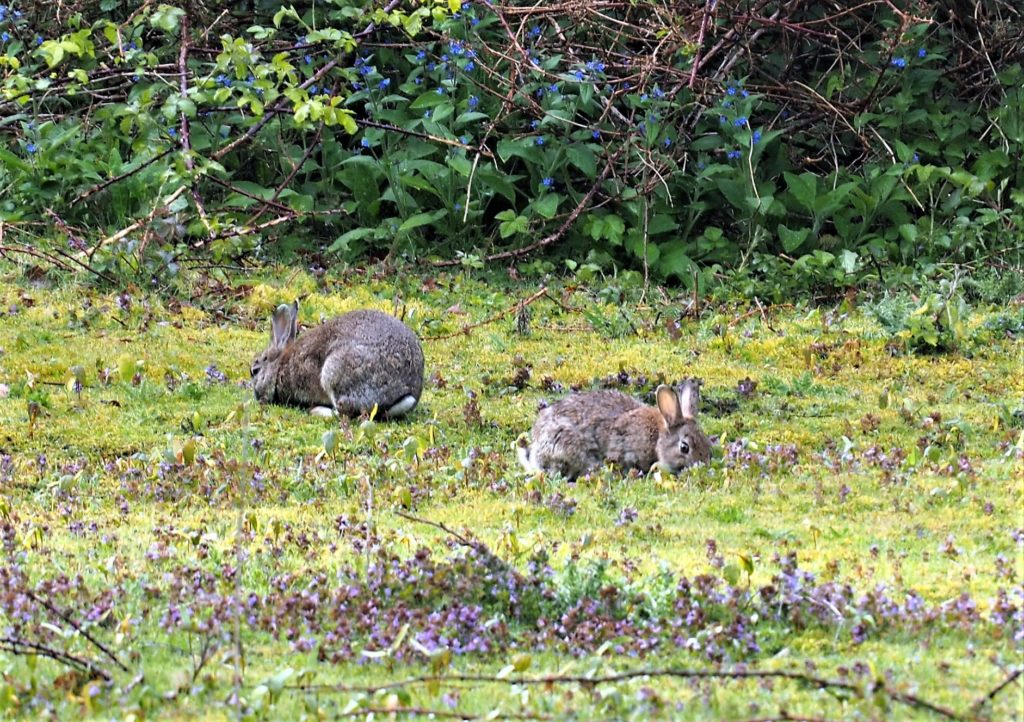