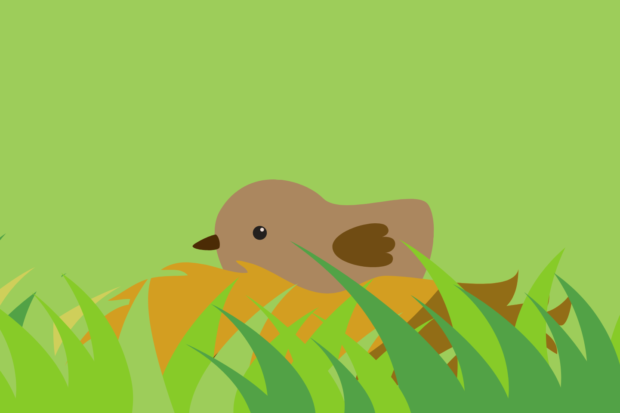 Can birds really be nesting March to September?

Well, yes. Some species start early, some late. And when we say ‘nesting’, we don’t necessarily mean they have eggs or chicks. There’s also the run-up to that, when birds choose a territory and males and females pair up. The run-up’s when male birds are singing and is just as crucial. Then the actual ‘brood’ period, from egg-laying, through hatching and looking after chicks, can be around 30/31 days. And, with a fair wind, they might have more than one brood. It isn’t over until the nest is abandoned and the birds have all flown off!

Woodlarks are the first to get going and are sometimes heard singing as early as January. They’re singing to entice a female and to stake their claim on a territory. Yes, that beautiful song is actually a warning to other male birds. Once they’ve paired up, they’ll build a nest. It’ll be right on the ground, often tucked into a tussock of grass. If they don’t get disturbed, they’ll rear two broods of chicks between March and July. 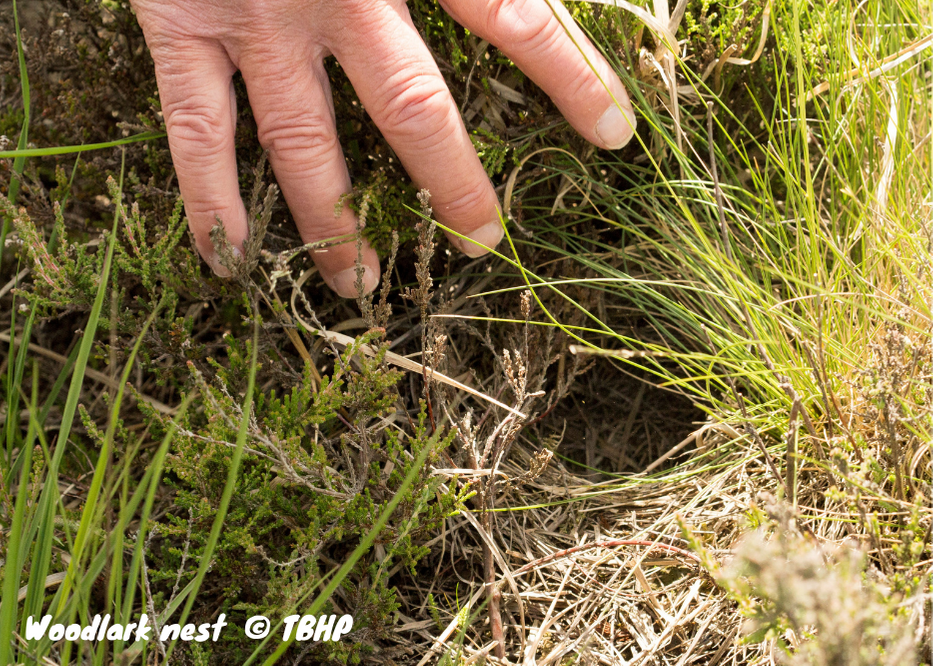 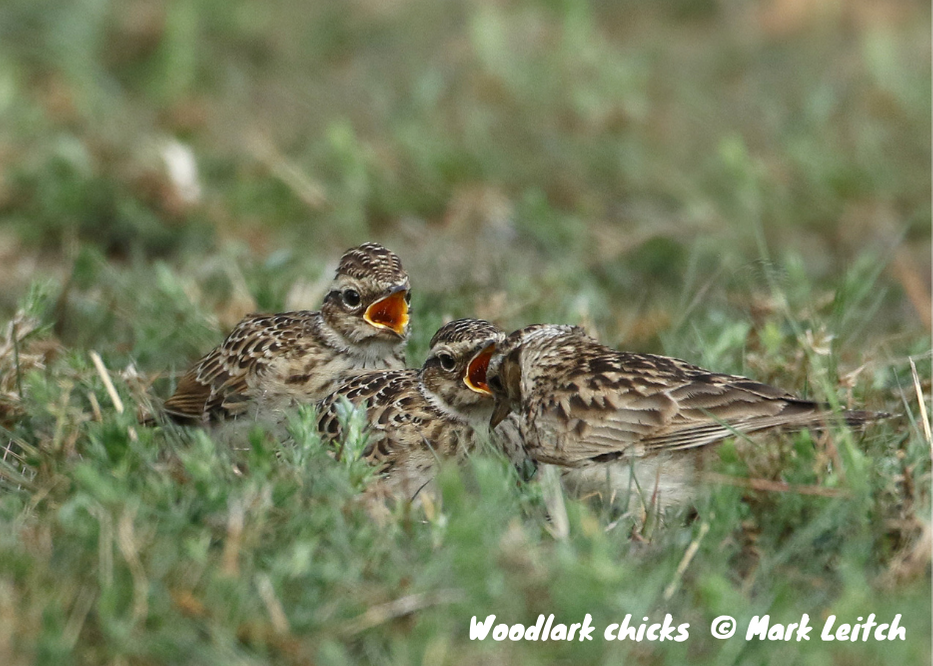 Not far behind them are the Dartford warblers. They’ll start their first brood in April and, if the weather’s fine, they may go on to have a second, and maybe even a third! They’ll build their nest, not on the ground, but low down in gorse or heather, so they’re just as prone to disturbance. 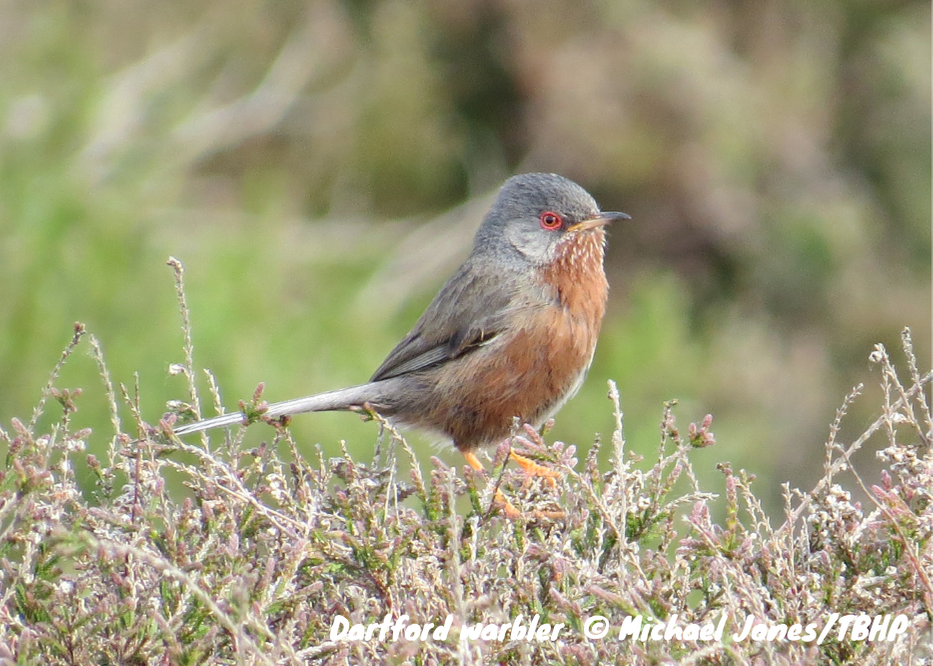 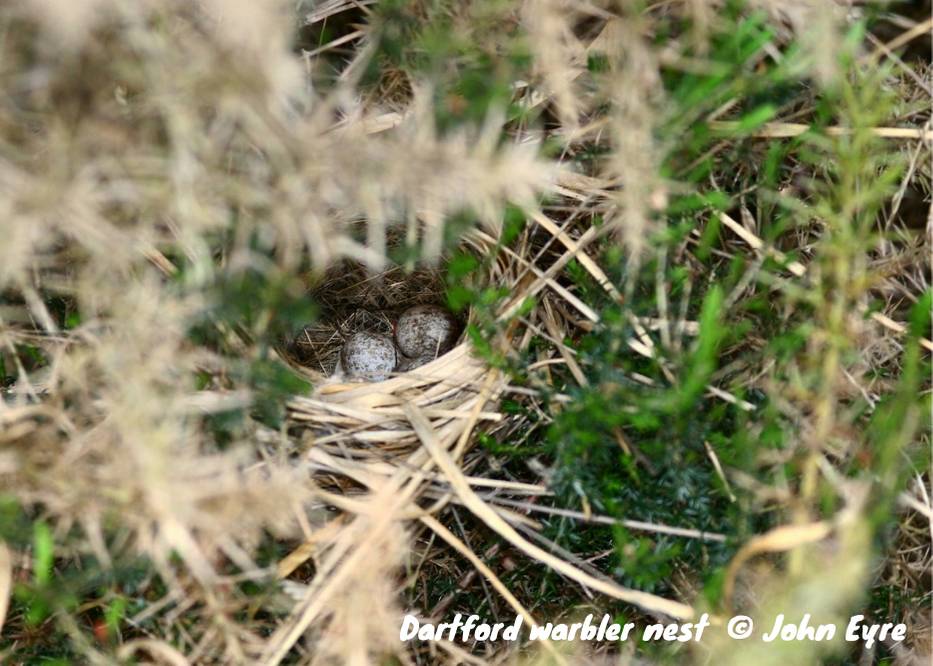 The last to get going are the nightjars. They come all the way from Africa, so don’t arrive back until May. The males arrive first and you might hear their strange, mechanical churring if you visit at dusk. It may not sound like ‘song’, but it’s exactly the same as a woodlark’s song: it’s attracting a female and warning off other males. If all goes to plan, each pair of nightjars will rear two broods of chicks between May and early September. There’s no nest as such, just a scrape on the ground. The photograph below was taken by Surrey Wildlife Trust. These tiny nightjar chicks were rung on Chobham Common by a licensed ringer in the middle of August. 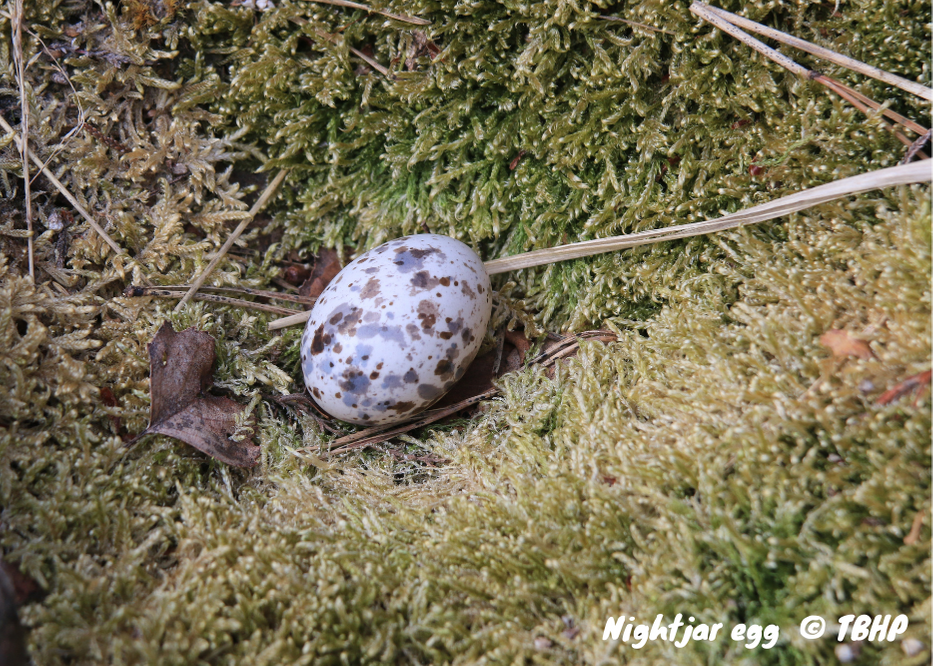 The birds really matter, for their own sake, for the diversity of our environment and the sheer joy they bring to our lives. Their very presence also brings a huge amount of protection to local heaths, and the strategy adopted locally to protect them brings in much-needed funding for conservation work. But that’s another blog, for another day I think… “What have the birds ever done for us?”!