Birding beginnings: What a malarkey 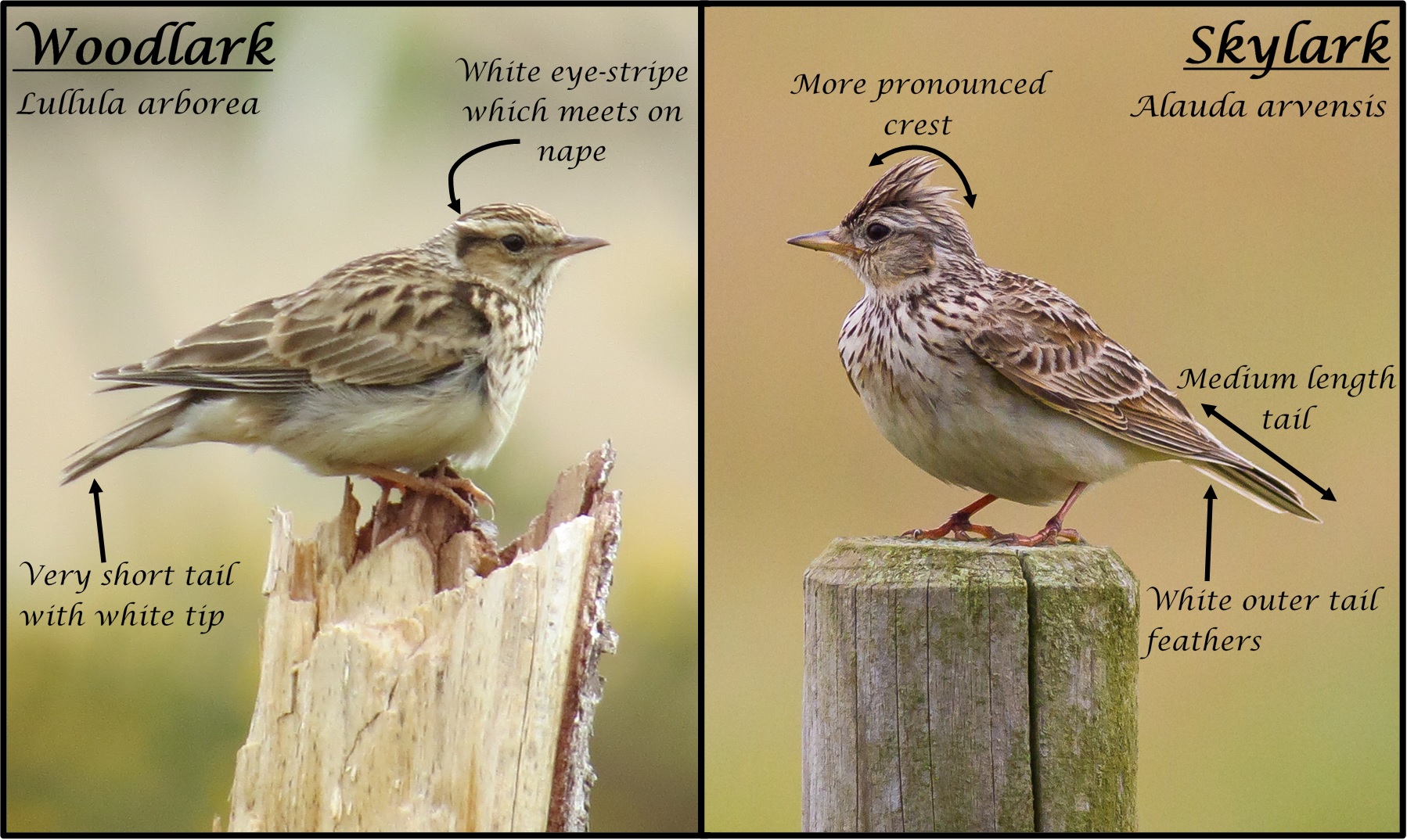 Last month, the sudden burst of hot weather gave us a glimpse of what we can expect from spring, and with that, the appearance of the woodlark. The team were all keen to see their first woodlark of the year, but I was worried that I would completely miss one, or get incredibly excited about a skylark instead (not that that’s a bad thing). I had seen countless photos of the larks, but I really struggled to differentiate them in the field. How was I supposed to separate two such similar looking birds? The answer was in their song…

Heard, but not seen

A lot of the time you will hear their song, without having a clue as to where the bird is! They’ll often be singing in flight or perched on a distant tree. However, for such similar looking birds, they possess radically different songs, so they’re the perfect excuse to try and learn some bird song. The woodlark sings a beautiful liquid song, with gradually accelerating downward lilts. It sounds like it has been expertly composed and rehearsed thousands of times. Meanwhile, the skylark’s song is relentless, composed of seemingly random samples of song and it is constant, as though the bird refuses to take a breath. Both birds love to sing the song while perched, but the skylark can also be singing whilst incredibly high in the sky.

But what if there is no song?

To that I say, good luck… Only kidding, all hope is not lost, there are a few handy features to look out for that can make identification almost straightforward. Don’t be fooled by the skylark in the image above, as they will often have a flattened crest! Woodlarks can also show a crest, though it is typically less pronounced than that of the skylark. The ‘easiest’ feature to look out for is the tail length, the woodlark has an incredibly short tail, one which gives it an almost bat-like flight pattern. The skylark however has a more typical tail, and can be distinguished in flight by a lining of white feathers running along the tail edge. Another key feature to look out for will be a white stripe just above the eye, it is far more distinct on the woodlark, and can be seen wrapping all the way around the head, and meeting at the nape.

I hope this has made it somewhat less daunting to distinguish between the two. But it really is worthwhile trying to learn the songs of these birds, as it make identification infinitely easier! Now you’ll just have to hope that when you see them, they are singing.

In next week’s blog I’ll be continuing to write about birds with distinctive sounds. I’ll be looking at another familiar heathland bird, the stonechat.