Viewpoints from your heathland

To celebrate Heath Week 2021, I put together a series of ten photographs taken by our wardens on the Thames Basin Heaths Special Protection Area. I hope you enjoy them…

[Click on an image to start the full size slideshow] 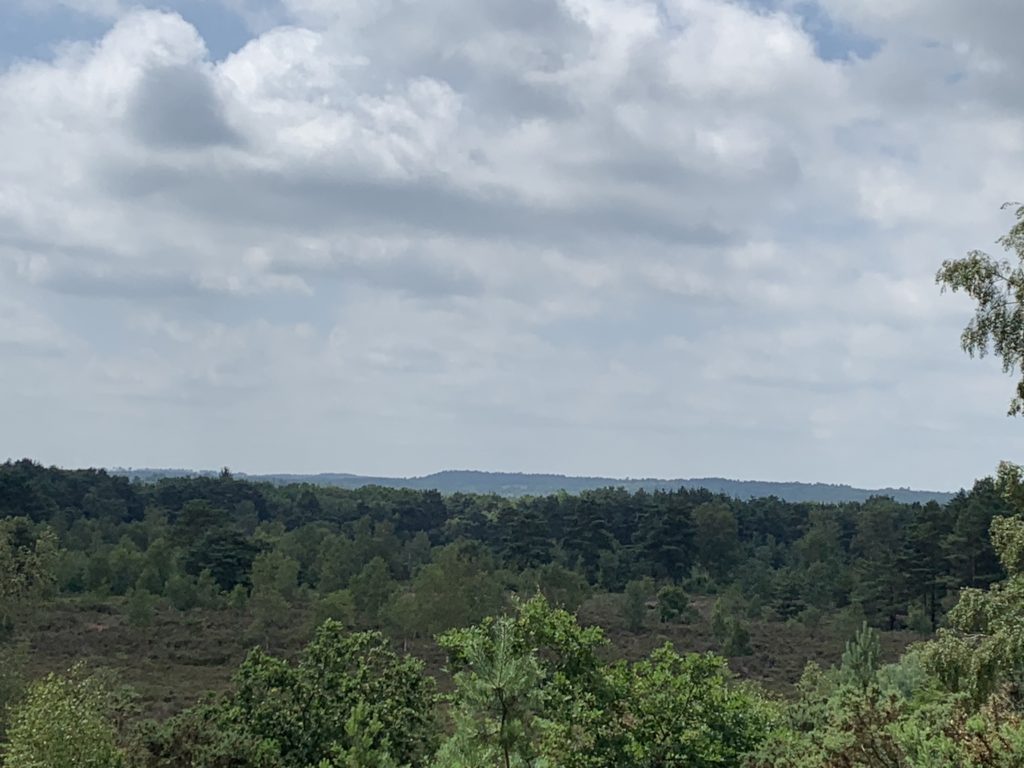 My view of Chobham Ridges from Brentmoor Heath is the first in the countdown. “Many of the oldest roads in Britain are the prehistoric ridgeway tracks. The Maultway, which runs north-south along the Chobham Ridge, may well be our oldest known road. It appears to run from Berkshire down to Pirbright and on to Guildford. In medieval and later times its use may have continued as a drove road to the animal market in Guildford.” Chobham Museum.

Warden Tim’s view from Tank Hill on Chobham Common is the second in the countdown. If you happen to see two giant cactus trees on Chobham Common, don’t bother standing back in amazement because they are merely fibreglass props left behind in 1965 after the filming of Carry On Cowboy 🌵 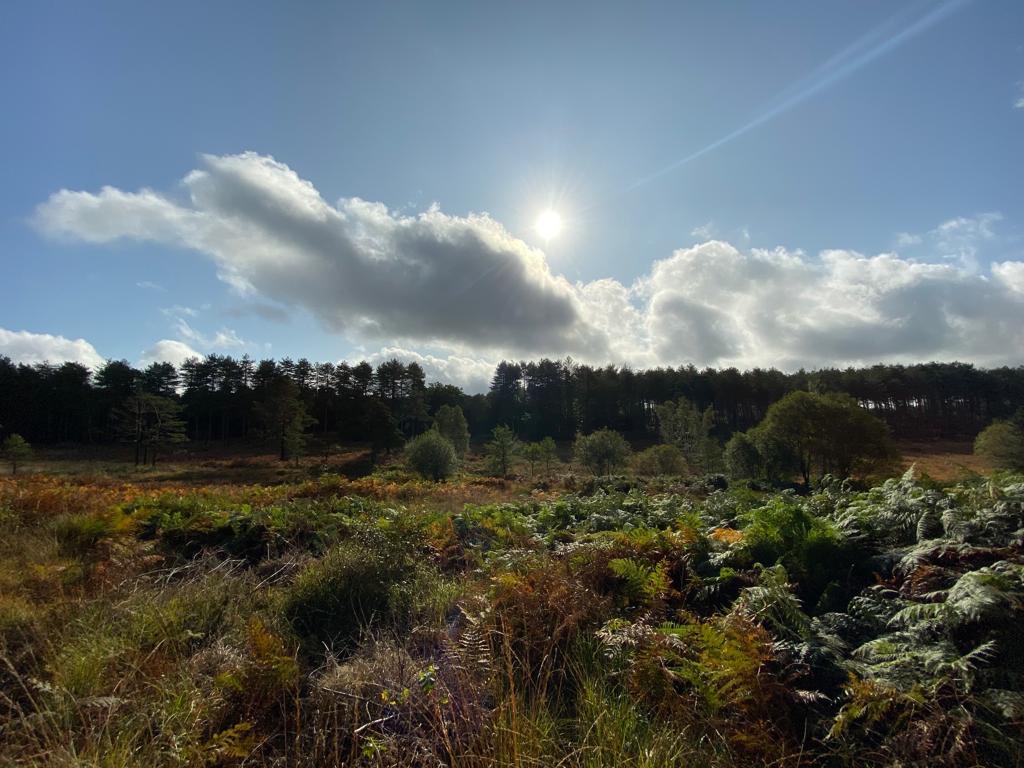 Warden Nicky’s view of the sky over Warren Heath is the third in the countdown.
What looks like a meteor hurtling towards Earth is merely a trick of the light involving the rising sun and a vapour trail 🌞 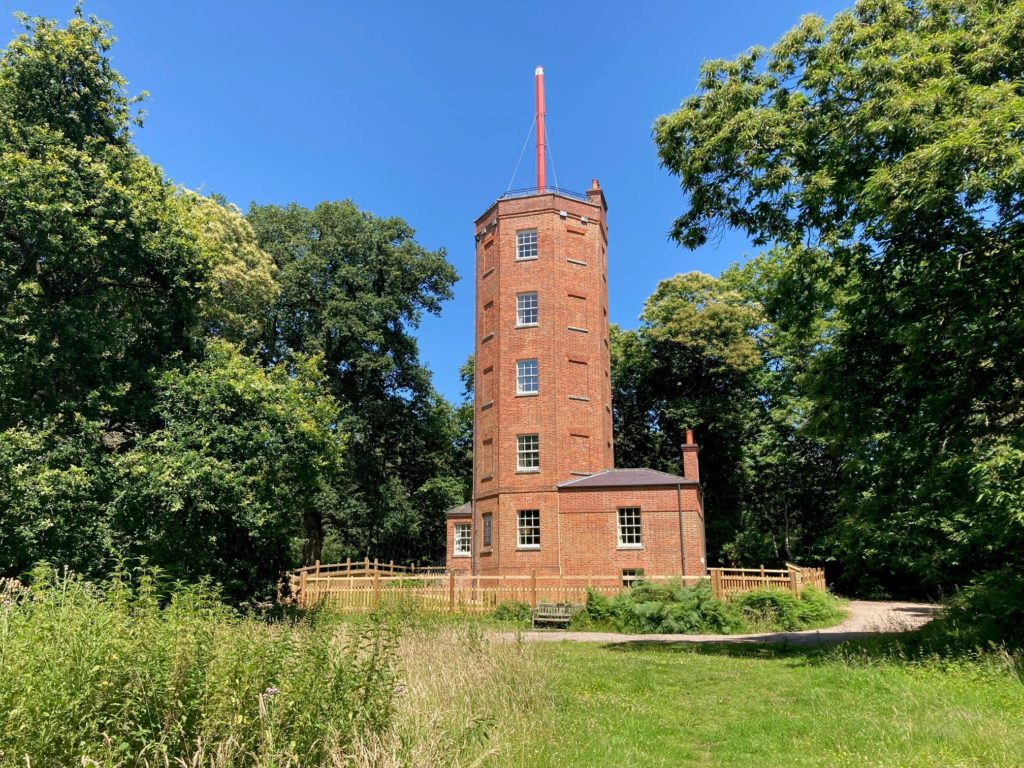 Warden Ben’s view of the Semaphore Tower at Chatley Heath is the fourth in the countdown. Built in 1822 it’s the only survivor of 15 semaphore towers between the Admiralty in London and Royal Navy HQ in Portsmouth. There’s an open day 10am-4pm on Sunday September 12th. Pre-book a visit. 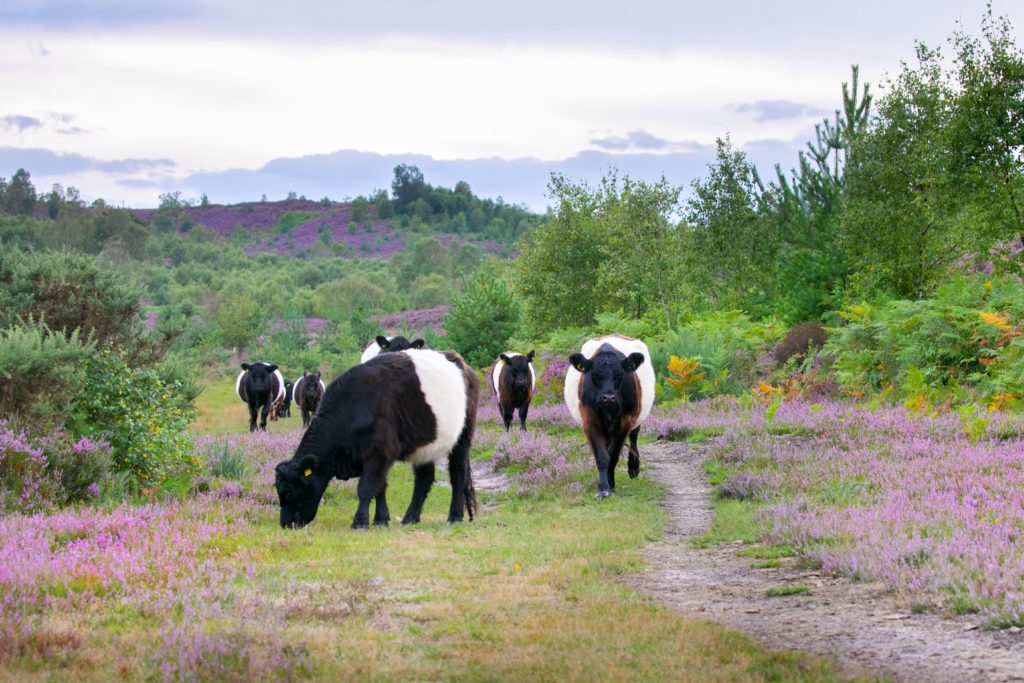 Many thanks to Surrey Wildlife Trust for sharing this colourful pastoral scene of Belted Galloway cattle grazing on Ash Ranges, by Jon Hawkins. The fifth in the countdown.

Warden Ben’s view from Saddleback Hill on Barossa is the next in the countdown. Saddleback Ridge, I’m informed by a local geologist, is a terminal moraine deposited about 424,000 years ago at the end of the Anglian Glaciation, the most extreme glaciation during the last 2 million years when an ice sheet 1k deep covered much of the UK and spread as far south as the Bristol Channel ❄️ 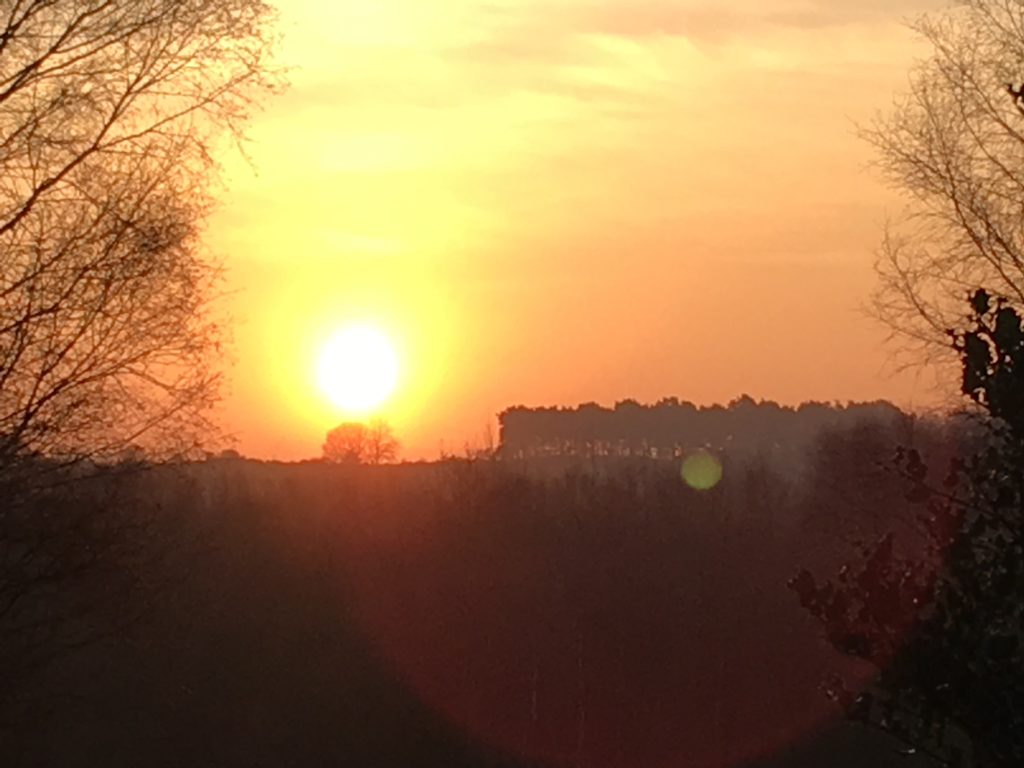 My sunrise view of The Clump at Staple Hill, Chobham Common, is the seventh in the countdown. I recently located the source of the Treacle Mine at The Clump and is currently enjoying scrumptious heaps of 170-year-old molasses on his toast at breakfast. Visit chobhamcommon.wordpress.com and search for ‘treacle’ for the true history of the Treacle Mine 😍

My view from High Curley at Lightwater Country Park is the eighth in the countdown! From the height of 129m above sea level, notable features on the horizon include Ascot Racecourse, the London skyline, and St. Ann’s Hill, one of our #GreenspaceOnYourDoorstep walks, with its own spectacular view across Surrey.

Warden Jo’s view from Crown Prince Hill on Ash Ranges, from the height of 110m above sea level, is the ninth in the countdown! Ash Ranges is one of the very few places in England where the red data listed heath tiger beetle (Cicindela sylvatica) can be found.

Warden Jo’s panoramic view from Caesar’s Camp near Farnham is the tenth, and last, in the countdown! Taken from the height of 177m – the highest point on the Special Protection Area – it looks towards Reading in the west, to Guildford in the east. On a clear day London and the Wembley Arch are visible!
In the Middle Ages Caesar’s Camp belonged to the Bishop of Winchester, who resided in the nearby Farnham Castle, the location of Farnham Park, one of our #GreenspaceOnYourDoorstep walks.