Welcome to the ninth in a series of pictorial guides showcasing Warden Mike’s top ten favourite viewpoints, all selected from our ‘Greenspace on your doorstep’ directory. 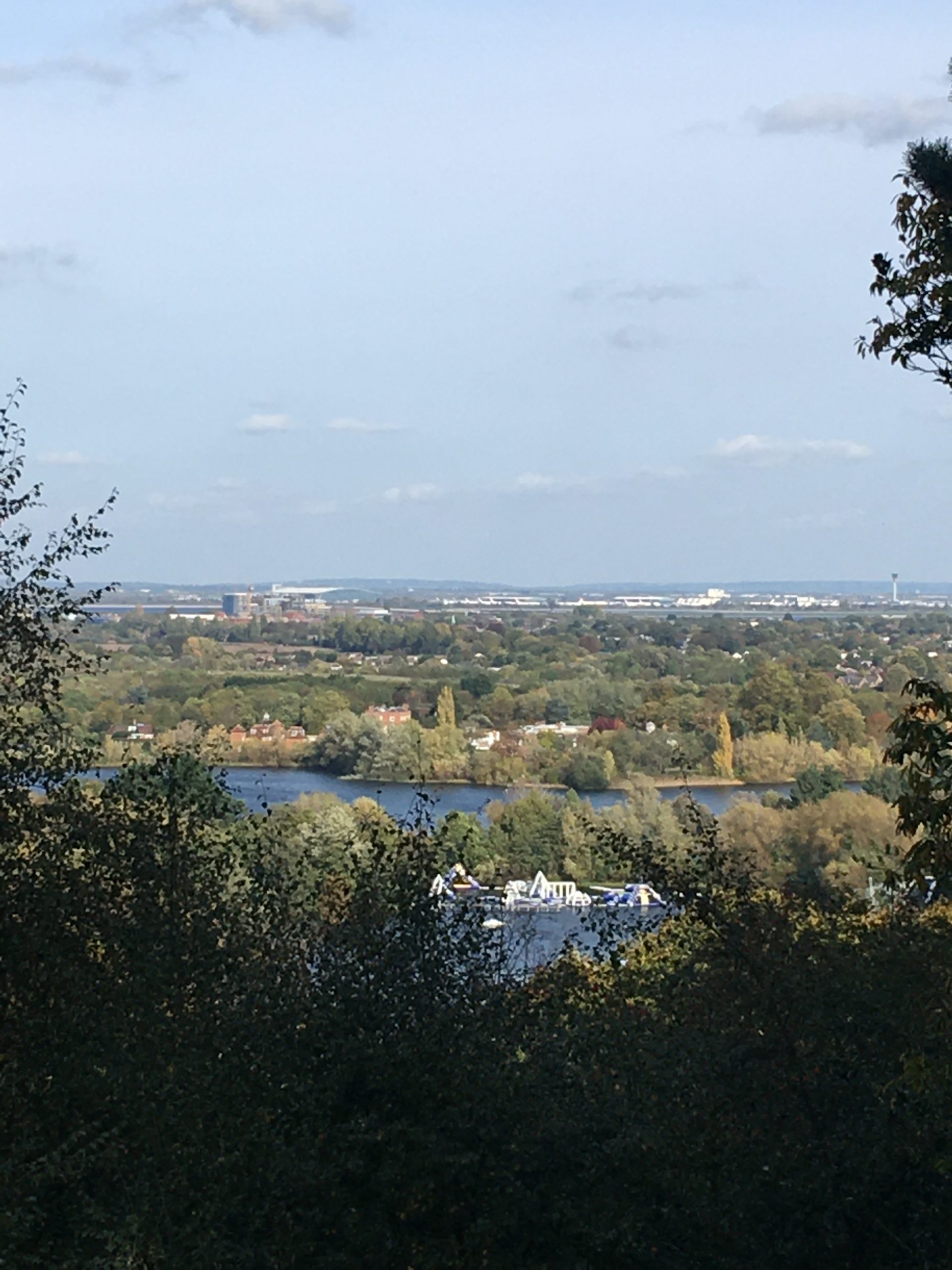 From the height of 73m above sea-level we gaze across North East Surrey. In the near foreground is a flooded gravel pit where, in 1975, the World Water Ski Championships were held. Click the image for the full size version. 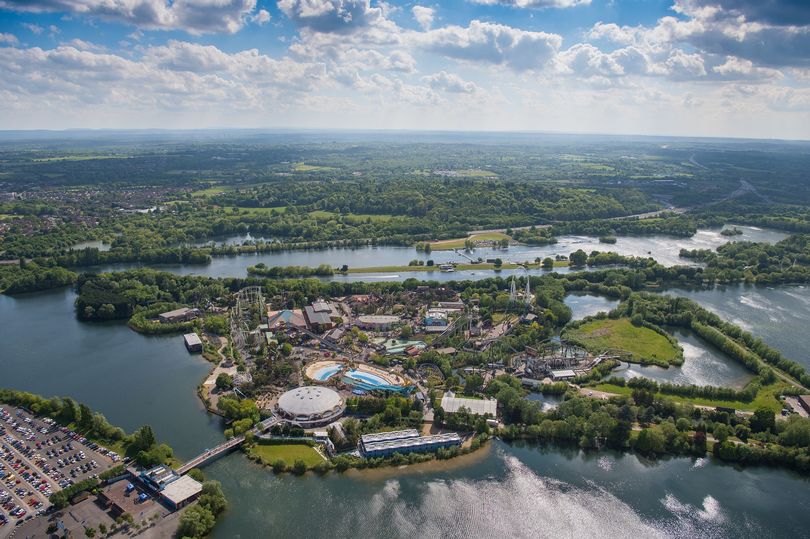 In 1979, advertised as “An Island Like No Other”, Thorpe Park was opened by Lord Louis Mountbatten. 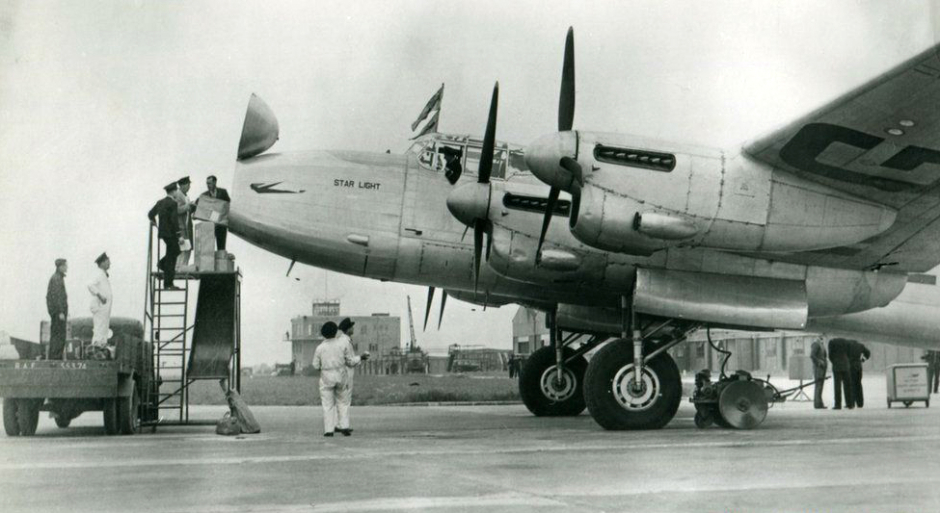 In the far distance is Heathrow Airport. The first airfield established here, in the village of Heath Row in Harmondsworth, was in 1929. It came under military control at the outbreak of WWII in 1939. On 1 January 1946, under civil control as London Airport, the first aeroplane to fly commercially, a converted Lancaster bomber named ‘Starlight’, took off for Buenos Aires with thirteen passengers on board. The airport was renamed Heathrow in 1966. 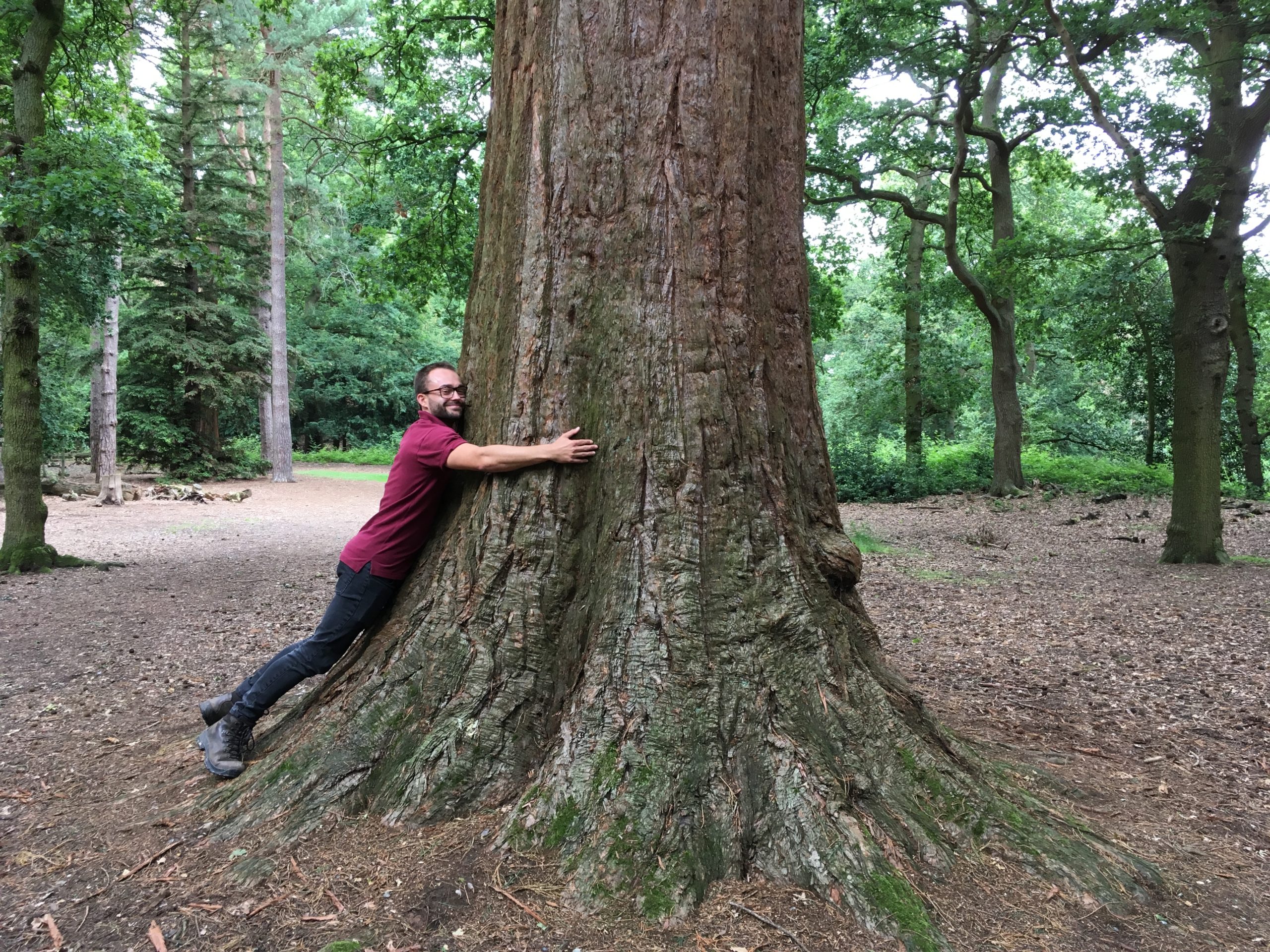 St. Ann’s Hill is a ‘tree-hugger’s’ paradise – as demonstrated upon a wellingtonia by former Warden Jamie. Introduced to the British Isles in the mid-19th century, our tallest wellingtonia measures 50m in height. 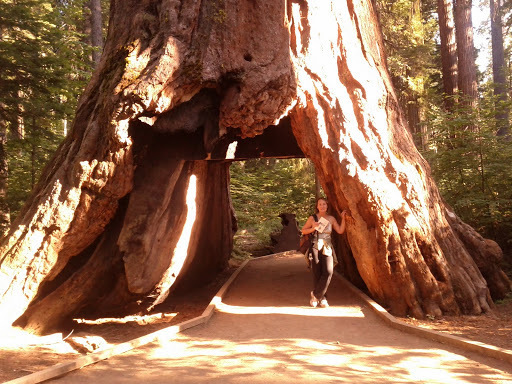 On its native Pacific slopes of the Sierra Nevada in California USA, the wellingtonia is commonly known as the “Big Tree”. One specimen, now dead – and revealed by a ring-count to be 3,500 years old – is 27m in girth and 100m in height. Laid on the ground, it would take the fastest man in the world, Usain Bolt, 9.58 seconds to run the distance.

For directions, information and more photographs, go to the St. Ann’s Hill entry in ‘Greenspace on your doorstep’.