MENUMENU
You are here: Home » News & blogs » Birding beginnings: The nightjar has arrived!
May 17 2019

Birding beginnings: The nightjar has arrived! 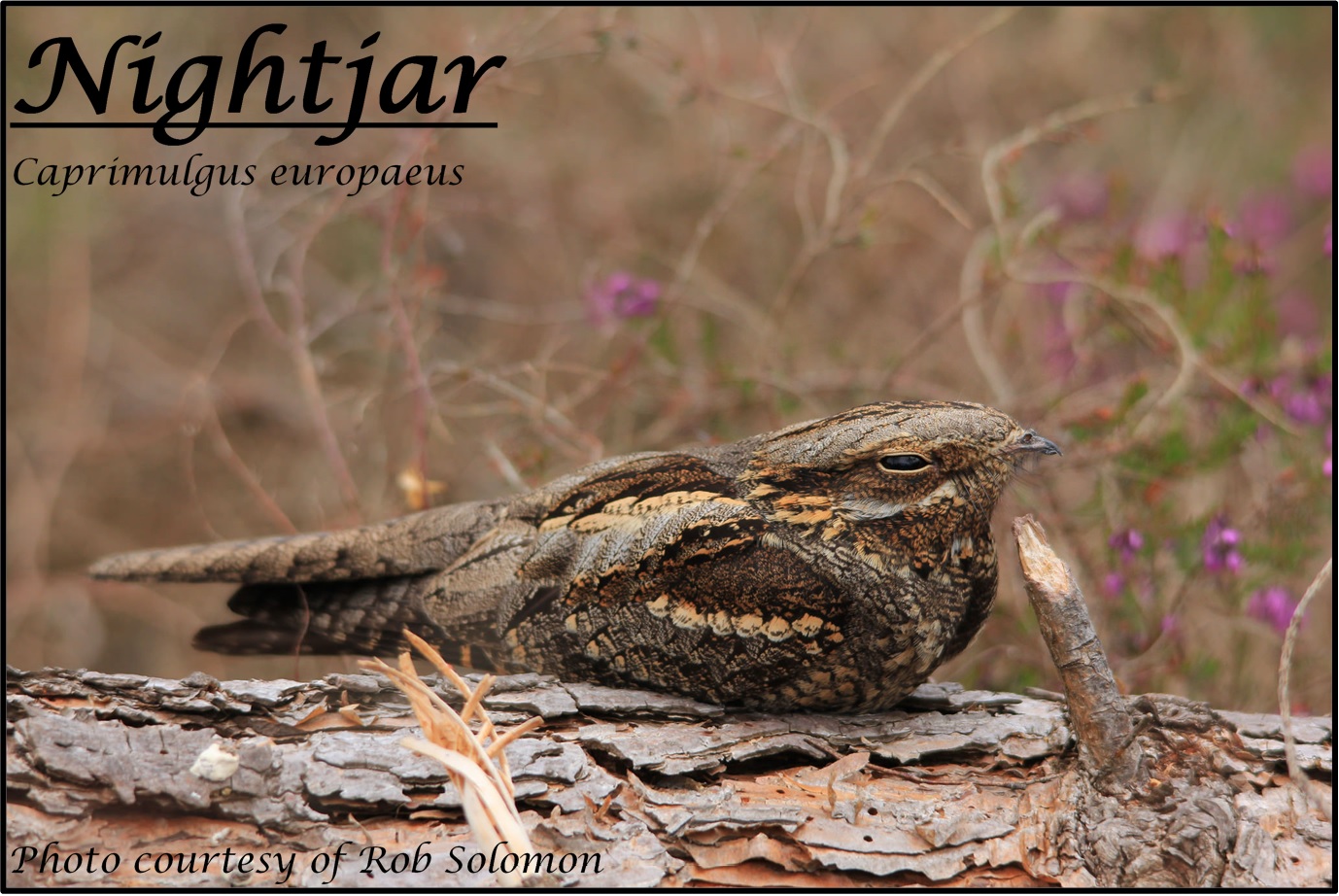 This week we had the first sighting of a nightjar on the Special Protection Area. The nightjars arrive a little later than our other summer migrants, perhaps in a slightly rockstar-like attitude, showing up to steal the show!

Our fascination with the nightjar goes back centuries, with references in many old stories and poems. Its latin name Caprimulgus translates to ‘goatsucker’, derived from the ancient myth that these birds sucked the milk from goats – resulting in the goat ceasing to produce milk and even going blind! We now know that their likely association with goats was to feed on the insects that were attracted to livestock.

There are many other superstitions surrounding the nightjar, so what is it that makes this bird so fascinating?!

The first thing that makes it stand out is its feeding habits. The nightjar is nocturnal, and can be seen at dusk rapidly twisting and turning in a skillful flight, picking moths and beetles out of the air. Whilst they are flying, look out for the male chasing the female in a dramatic display flight, you’ll be able to identify the male by its bright white wing-markings. Don’t expect to see them in the daytime, they have an incredibly cryptic camouflage and look just like a piece of wood!

They are loyal to their breeding territories and return to the same nest site for many years. Interestingly, they will always walk away from the nest, which is little more than a scrape on the ground, before taking off. A protective measure to stop predators from discovering the site, predation and disturbance being so detrimental to the nightjar!

Their mechanical churring is another incredible feature. It doesn’t sound like something you would expect to hear in South East England. It’s more insect-like than bird-like, but it is wonderful to hear a little part of Sub-Saharan Africa on the heath, and it reflects the colossal journey these birds have undertaken.

I’ll be out on many of the coming evenings to try my luck at seeing these phenomenal birds. Do try and find time yourself, there will be plenty of opportunities with many guided nightjar walks taking place across the Special Protection Area.