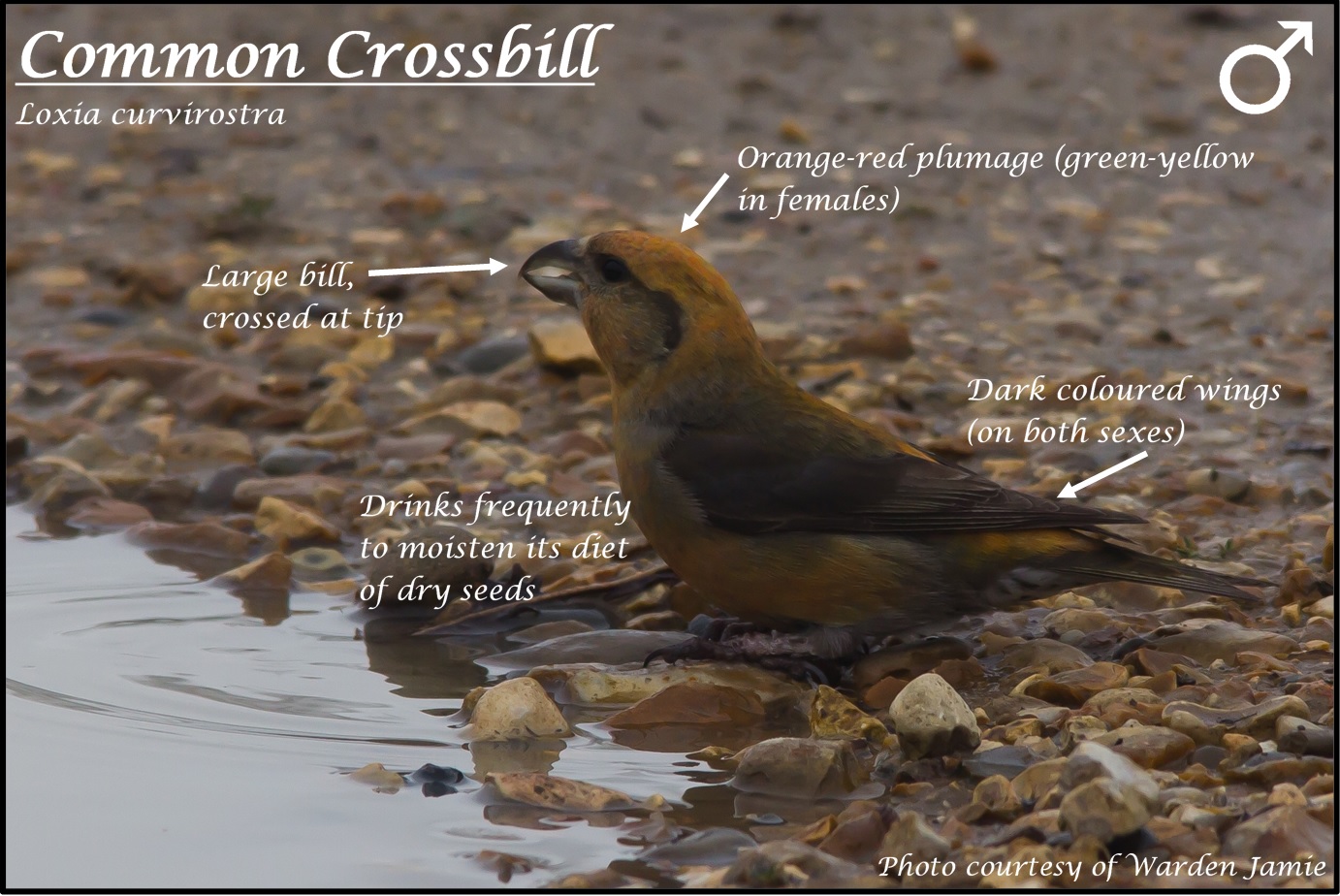 Just as I was getting the hang of things…

A couple of weeks ago, we were lucky enough to have a very close encounter with a small flock of common crossbills. Since then, I’ve been scratching my head trying to work out if the bird in the photo above (expertly taken by Jamie) is a male or female crossbill. Thankfully, I’m not the only one who’s confused by the picture. It’s been a bit like the debate about the colour of ‘the dress’ from a few years ago (remember that blue/silver or black/gold debacle)!

This wasn’t my first encounter with a crossbill though, a month or so ago I created a stir about seeing a parrot crossbill. Now I’ll stop you before you go running out to find it… it probably (almost certainly) wasn’t a parrot crossbill. Whilst they have been sighted locally once in the last few years, they’re extremely rare! They look relatively similar to the common crossbill, but are a lot stockier, with a chunkier bill. Best described as ‘front-heavy’ (how cruel!).

Where to find them

The common crossbill can typically be seen in flocks flying between conifers. They’ll be perched at the top of the trees, where they build and tend to their nests. Crossbills identify themselves with their chunky body and very unique, cross-tipped bill that lends itself to prying the seeds from pine cones. You will typically hear their flight call, it’s very abrupt, consisting of a small series of short ‘jip’ sounds.

So what’s with all the confusion?

The difficulty in identification comes from the crossbill’s great variety of colours, different between the sexes and in immature birds. Individuals also vary greatly, which doesn’t make it straightforward! The males are a red/orange colour whilst the females are green/yellow. Immature males have a patchy mix of orange and red, whilst juveniles are brown and covered in streaks. Both sexes have dark coloured wings though.

However, don’t worry too much about my colour confusion. They’re a beautiful and incredibly unique bird, so get out and just enjoy seeing them!

Next time, I’ll be talking about a bird that has been making itself heard now that spring has started, the chiffchaff!