Who remembers the 80s band, Culture Club? Well the lyrics red, gold and green from Karma Chameleon pretty much sum up my diary for the past week or so. The colours red, gold and green not only represent the primary colours of autumn, season of my birth, but they also represent some of the most memorable visual treats I’ve had this year, such as the fantastically showy and magical Fly Agaric; a blood red mushroom, which takes me to a surreal fairyland whenever I see its bright red cap with white spots. It’s a photogenic toadstool, standing out from the crowd in the undergrowth with its distinctive colour and markings. I’m not sure I’ve done it justice in my photos though…. 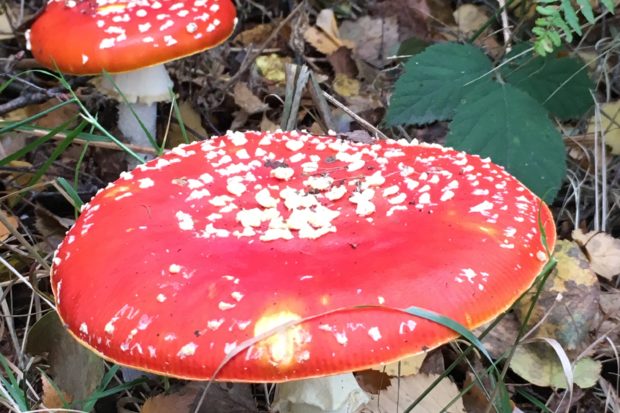 I’ve been up close and personal with a Goldcrest thanks to the bird ringers on Hazeley Heath this week. This tiny bird weighs less than a ten pence piece and is the smallest bird in the UK alongside the Firecrest. Sadly, I arrived too late to see the Firecrest, but I was privileged to see the Goldcrest being weighed, ringed and sexed. To determine its gender the ringer parted the yellow feathers on its head looking for orange ones underneath (hence the dishevelled head in the photo), which indicate a male bird. I noticed how calmly the different birds were accepting the process, so when I was asked if I wanted to hold a bluetit, I thought how hard can it be? Wrong. For totally unlike the calm Goldcrest, the Bluetit was incredibly fierce and feisty, typical of its species so I later found out. The Bluetit gave my finger a razor-sharp peck and clung on mercilessly. Ouch! I looked up at the lead ringer to seek his help, and he looked back at me with a mischievous glint in his eye. It was painful experience but I did find it strangely pleasurable and satisfying because it offered a visceral insight into the Bluetit’s powerful defence. And it served me right for underestimating such a ‘vulnerable’ looking creature. 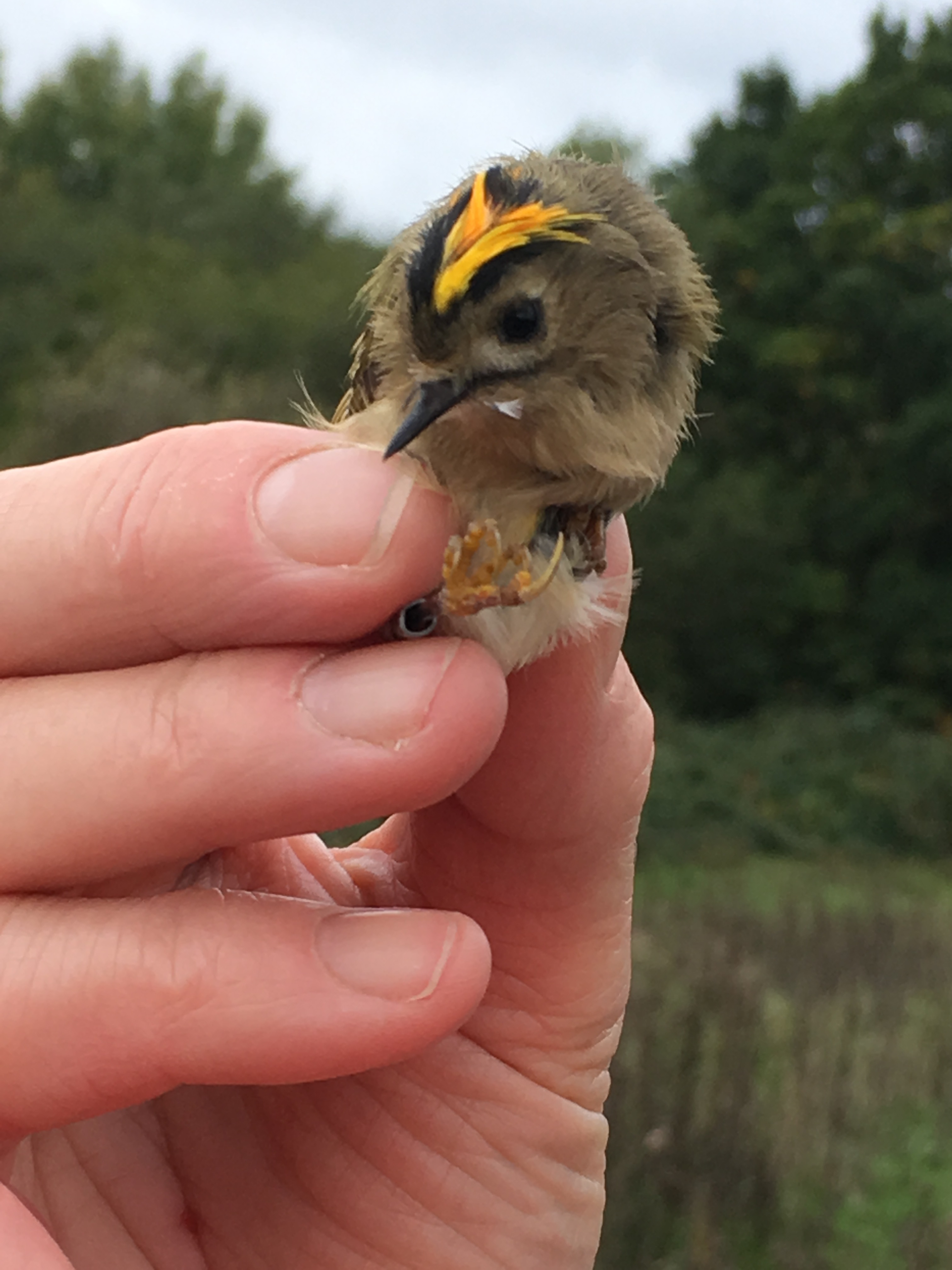 As for a green delight, well the prize for that has to go to the Pale Tussock moth caterpillar. I’ve been treated to the sight of two of these this week. Wonderfully furry creatures, almost fluorescent green in colour, the Pale Tussock moth has a slightly comical red tail spike. This is believed to act as a warning to predators. 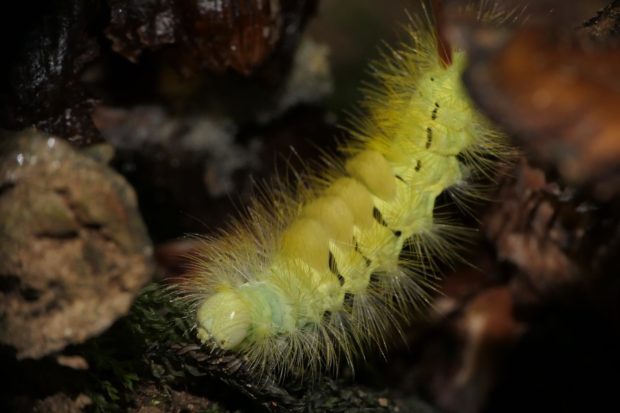 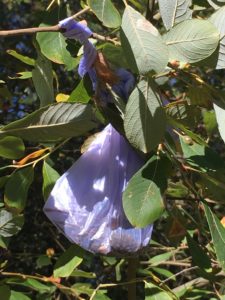 On a more random colour note, how about this purple strange fruit (sorry I can’t help myself with this song and film reference thing) seen hanging on a tree at Bramshill. Yes it is a dog poo in a bag. It may be colourful, but it isn’t something that most visitors tolerate when they’re out walking. I back this up with evidence from SANG surveys – questionnaires to find out what visitors think of their local green spaces, which I’ve been carrying out this week. By far the most common answer from dog walkers to the question ‘What improvements would you like to see?’ is people picking up after their dogs and disposing of it (and they don’t mean in a tree). Unlike other faeces, say from grazing cattle, dog poo can be toxic and harmful especially to children who are likely to come into contact with it while playing. And it takes a long time to break down. Who wants to be kicking up leaves in the autumn – or anytime for that matter – to find a dog turd sticking to their foot? Autumn leaves you come and go, you come and go… and so should dog poo! Dog owners, please take note!