Birding beginnings: Listening out for linnets 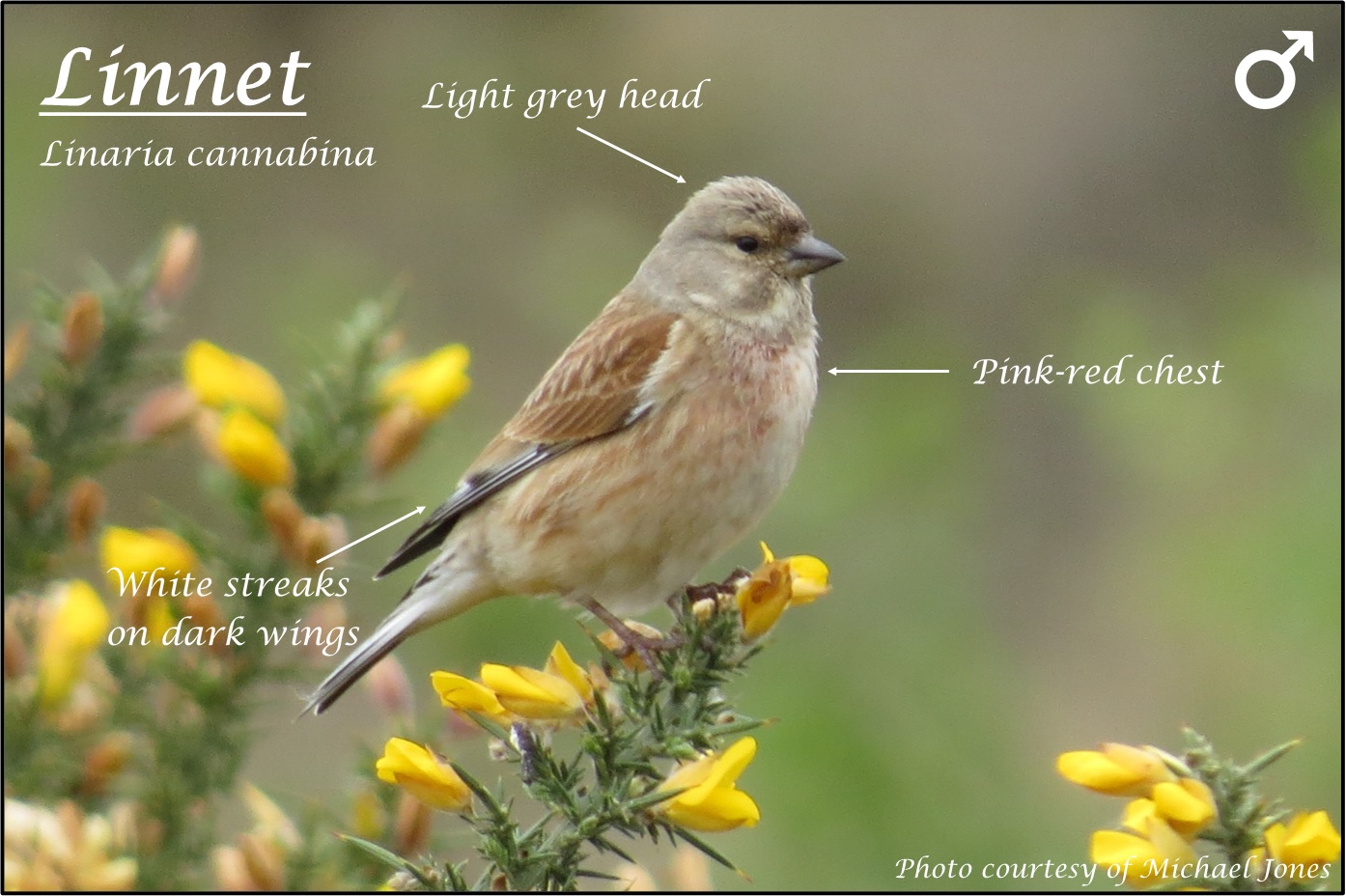 In the last couple of weeks I’ve struggled to decide which bird has the difficult task of following the magical nightjar. I felt it was only fair that I let the linnet try and step up to the challenge, seeing as it has served as a stumbling block for my identification skills. For some reason, it just chatters in a way that frequently results in me mistaking it for something else… I can no longer count how many times I’ve confused another finches’ chatter for a linnet and vice versa.

The linnet is a fairly common finch that can be found across our heathland, and surrounding farmland. They are typically seen in small flocks, feeding on seeds on the ground. In winter their appearance is unimposing, but in summer the males develop a bright crimson plumage on their head and chest. This plumage makes the males easily identifiable, whilst the females retain a streaky brown-buff colour. However, this plain colouration actually helps with identification, it’s a very bland colour compared to many other finch-like birds on the heath. If you get a chance, take a look at the wings, if you see white streaks on the outside of a dark wing, chances are it’s a linnet!

A generic chattery call can make the linnet difficult to identify by sound. However there are a few vocal flicks that will give them away! They sing an incredibly discrete ‘twittery’ yet rich, staccato song. But try to listen out for the occasional descending, slightly ‘wheezy’ sounding notes. They are far less ‘wheezy’ than that of a greenfinch, but definitely stand out among the linnet’s more chirpy chatter.

Linnet numbers have struggled in the last few decades, and are in rapid decline. For this reason they are a red list species. If Jamie’s recent blog has inspired you to get involved in citizen science, then the linnet is definitely a bird that you’ll want to learn to identify and report.