Sri Lanka are lacking the world class players who helped them win the world cup in 1996, and are yet to impress in this tournament. England however have won 4 out of 5 of their games and will be disappointed to drop points before going into matches against the real contenders – Australia, India and New Zealand!

The male field cricket rubs his wings over each other to produce his song, mostly to attract the interest of a female, but also as a deterrent to other males to keep off his patch. This action is called stridulation and grasshoppers also do it, but by rubbing their back legs together. Next time we’ll learn some more differences between grasshoppers and crickets.

The house cricket is popular as live food for pets such as reptiles, frogs, birds and spiders. It’s easier to keep compared to other feeder cricket species. They’re widespread in the wild in Southwest Asia. 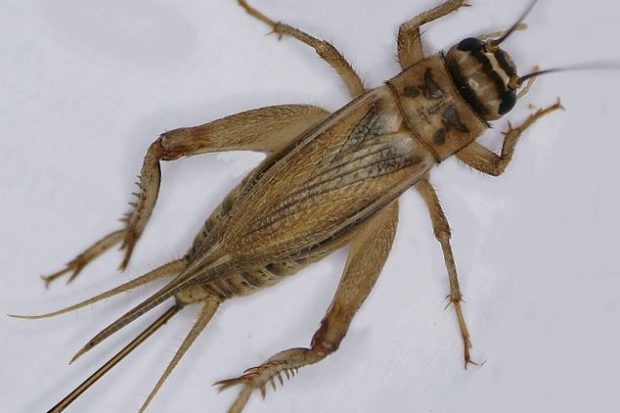