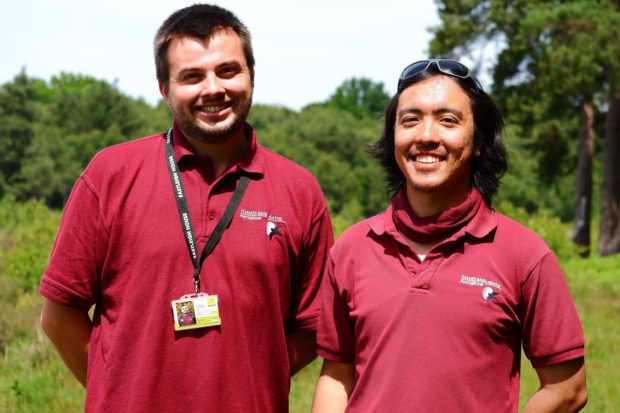 Hello there, Seasonal Warden Zhinlap here, reporting from the Thames Basin Heaths. Did you know, on the 21st of June it was the Summer Solstice, the longest day of the year? And that with its passing, summer has officially begun!

As the days get hotter, we may be dreaming of holidays and ice cream, but until then, I wanted to share with you the summer activity of wildlife on heathland and highlight the increased dangers from wildfires.

But first, a little bit about wardens and how we’re here to help:

So, what is a warden, and why are we here?

Wardens are said to protect or watch over a place and that’s basically what we, TBH Wardens, do. Heathland is a fragile and rare habitat with unique and amazing wildlife! Our weapon of choice? A highly specialised tool, evolved over millennia, and one which I feel is quite underrated: communication!

Perhaps, I may have an overactive imagination, but in a nutshell, our main job is to talk with visitors to the heath, share with them what makes it a special place and help them take action to preserve the habitat and protect the wildlife that have made it their home. Hmm, why is heathland so special and what can you do to help, I hear you ask? Say no more, read on to find out!

Our special heathland and its summer wildlife

Heathland was once a common sight in England, but these days there’s less heathland remaining worldwide than rainforest, with 20% of the world’s heathland to be found in England. These remaining patches of heathland are, however, a haven for wildlife and those that make it their home are some of the rarest.

So rare, in fact, that 3 species of birds on the heathland are reason enough for this habitat to be protected by law in England. These birds are, of course: the Dartford Warbler, Woodlark, and Nightjar. 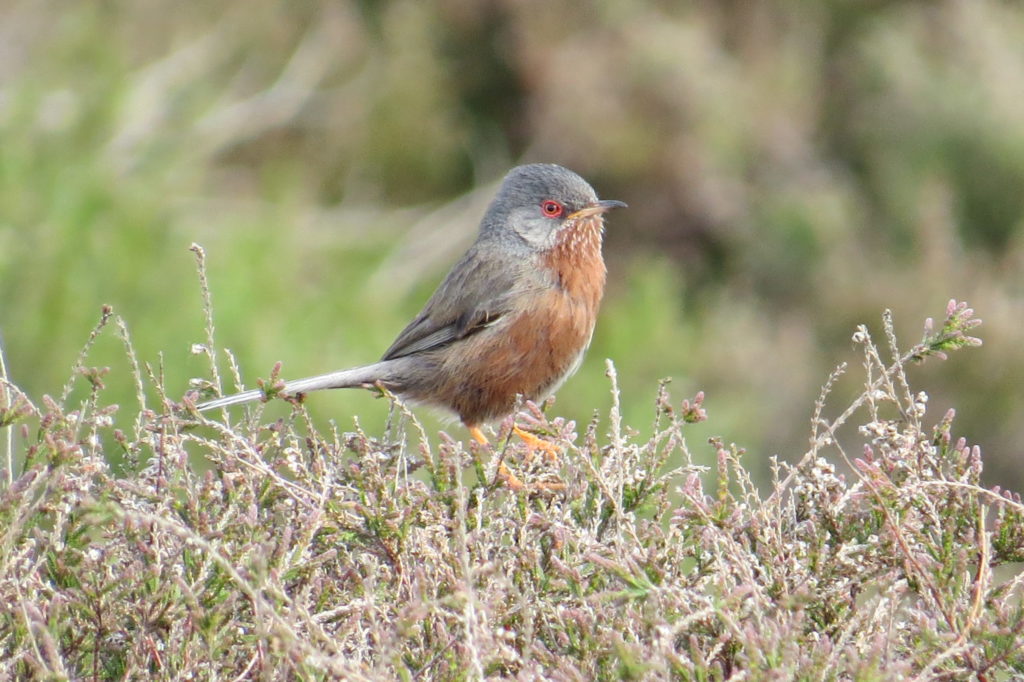 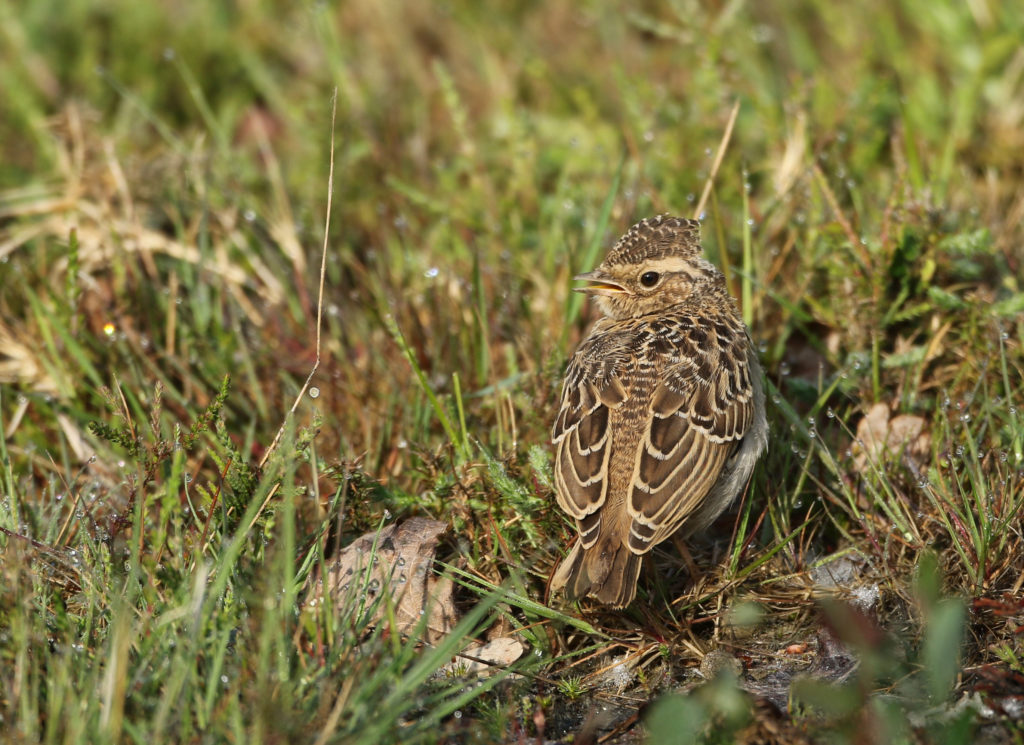 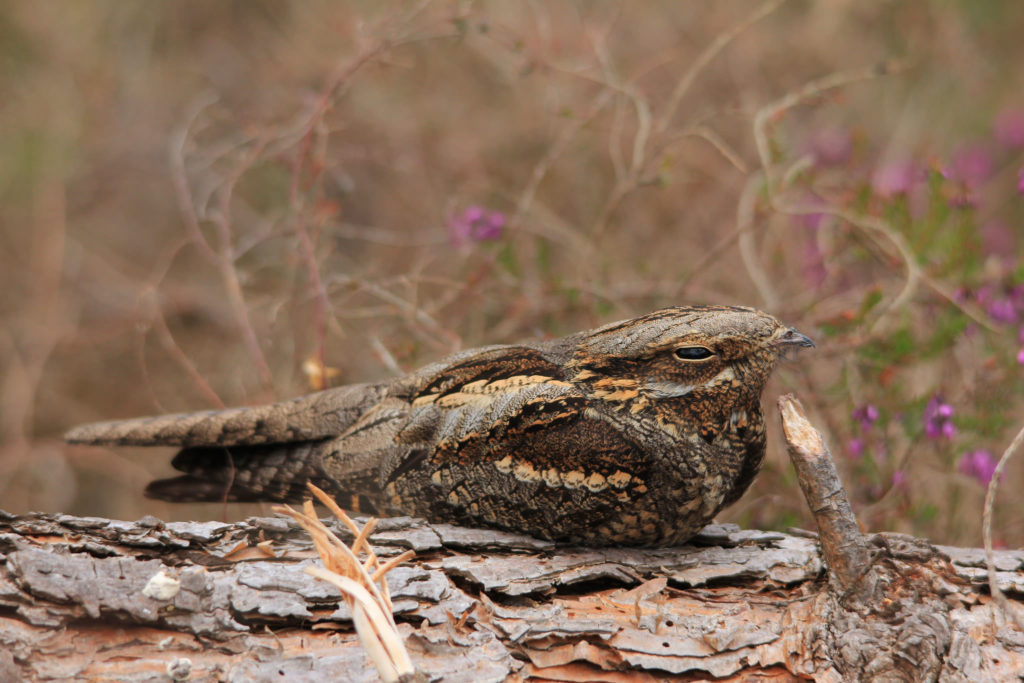 They make their nests on the ground, amongst short vegetation on the heathland, and as summer arrives, the Dartfords and Woodlark will already be raising a second round of young. The later arriving Nightjar are only on their first set, having only arrived in England in May, flying here all the way from the Democratic Republic of Congo! 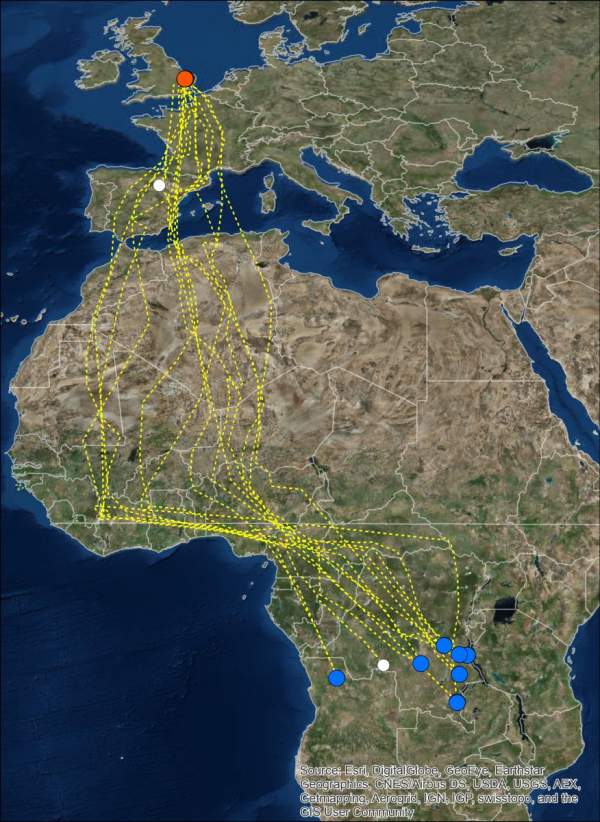