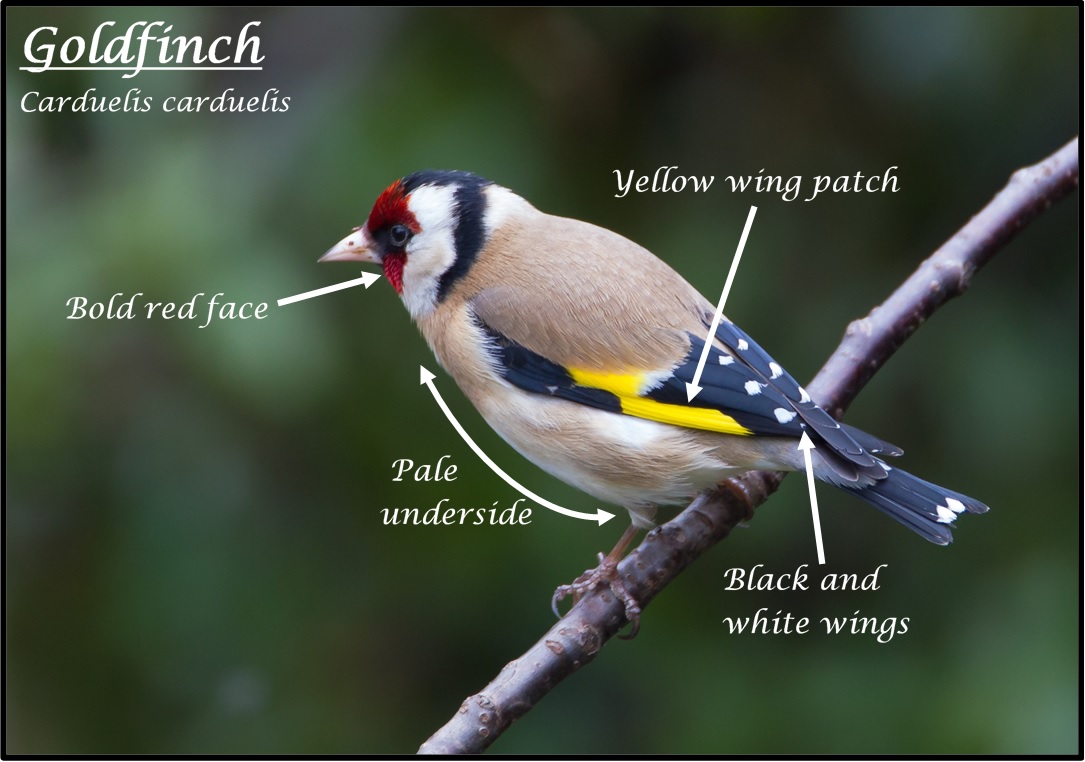 A thirst for gold…

One of the largest gaps in my, already patchy, knowledge of birds is understanding the rarity of a species. I had foolishly assumed that because this bird has ‘gold’ in its name, and because I hadn’t noticed it very often, it must be rare. However, that certainly isn’t the case! I’m not sure whether they’ve just been avoiding me, or if I’ve been neglectfully turning a blind eye to them. But the goldfinch just happens to be one of the most common British birds!

Just because they’re common, doesn’t mean they aren’t worth talking about. The goldfinch is a beautiful bird, with a bold red face, contrasting with a black and white head. From a distance this colouration isn’t always visible and it can be easier to spot the flash of their bright yellow wing patches. There is little distinction between males and females, however juveniles can be identified by their duller grey head, with plain brown face.

You can typically find them in small flocks moving along hedgerows and using their long beaks to forage for seeds. I have sometimes seen them around farmyards, making the most of seeds from thistles and tall daisies. They have a chattering song, with lots of repeated ‘liquid’ trills. Whilst it’s a very pleasing sound, it can easily be drowned out by more vocal species.

Did you know, one of the RSPB’s first campaigns was to ‘Save the Goldfinch’, after the bird had become a victim of widespread cage-trade? Interestingly, goldfinches that had been kept with canaries would actually lose their native song and instead adopt that of the canary. Whilst I may have overlooked the goldfinch, I’m certainly glad that others haven’t, their numbers are looking great and it’d be such a shame to lose their chattery song!

In next week’s entry, I’ll be writing about the woodlark, a bird that can certainly be described as rare. It feels very fitting now that spring has come around and their beautiful song can once again be heard.